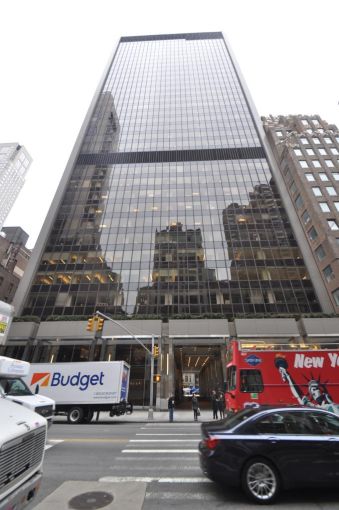 As the Crown Building at 730 Fifth Avenue gets converted to condominium units and a hotel, its office tenants are jumping ship. The latest example is industrial investment firm Access Industries, which is leaving its fancy digs at the Crown Building for new offices a few doors down.

The company, founded by Len Blavatnik, inked a sublease for 25,000 square feet on the entire 28th floor of LeFrak’s 40 West 57th Street, The New York Post reported. Access is subleasing from corporate restructuring firm AlixPartners, which relocated to 909 Third Avenue in 2015, as Commercial Observer reported at the time. The deal will run through mid-2024, according to the Post. Asking rent was reportedly around $125 a square foot.

The 32-year-old investment outfit will leave the top three floors of the Crown Building, where the proposed five-story penthouse recently entered contract for $180 million, The Real Deal reported earlier this month. The 26-story, Beaux-Arts tower is being revamped into an 83-key hotel managed by the Aman resort chain and 20 luxury condos.

CBRE’s Ben Friedland, Silvio Petriello and Taylor Scheinman represented AlixPartners, and Brian Goldman and Matt Lorberbaum of Newmark Knight Frank handled the deal for Access Industrial. Spokespeople for both brokerages declined to comment on the transaction.