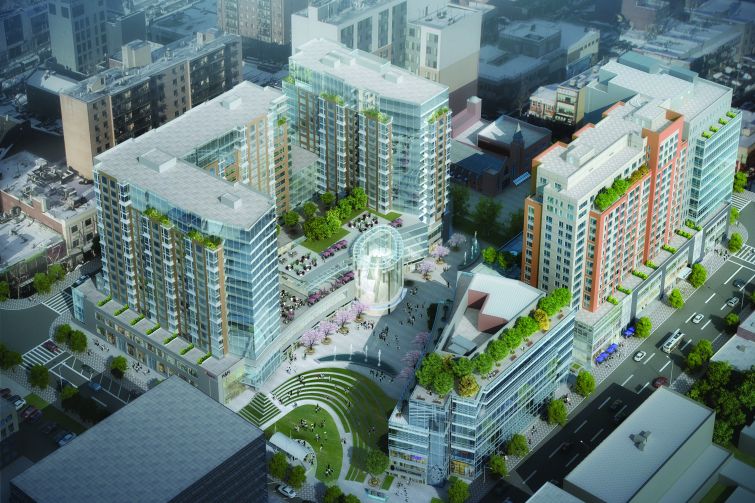 Chinese eatery HaiDiLao, a Sichuan-style hot-pot chain, has signed a 12,000-square-foot deal at 38-18 Union Street—one of the buildings at the Flushing Commons development—for its first East Coast eatery.

The restaurant will take a portion of the second floor of the Flushing, Queens space between 37th and 39th Avenues, according to a news release from Colliers International. The asking rent was $75 per square foot, according to The New York Post, which broke news of the deal. And the length of the deal was 15 years.

“Flushing Commons is the ideal place for Hai Di Lao to launch on the East Coast,” Li said in prepared remarks. “The cultural vibrancy of the area, quality of the space and proximity to transit and a large Chinese population provide the perfect combination for HaiDiLao to make a successful introduction to the New York market.”

HaiDiLao has more than 176 locations in China, and it opened its first and only U.S. location in Los Angeles in 2013.

“In leasing a Flushing location, the company can tap into the largest Asian market in New York City—where much of the population already knows the brand,” Plotkin said in a statement. “HaiDiLao will also benefit from its location on a heavily trafficked retail corridor across from a bus termination hub… All this in addition to the fact that the space at Flushing Commons is in a brand-new development that promises to reshape the community.”

Flushing Commons, a 1.8-million-square-foot project that’s under development, will be comprised of five buildings, with more than 164,000 square feet of office condominiums, nearly 600 residential condos and roughly 120,000 square feet of retail space.