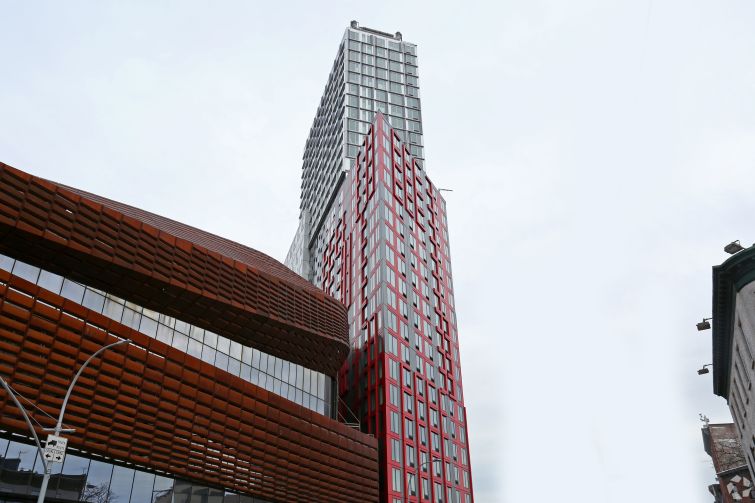 Forest City Realty Trust has sold the 363-unit apartment building at 461 Dean Street in Downtown Brooklyn for $156 million, according to a news release by the company today.

The buyer is Iowa-based Principal Global Investors, a spokeswoman for the company confirmed, and as The Real Deal first reported. 461 Dean is situated directly behind the Barclays Center and was developed as part of the firm’s Pacific Park Brooklyn mixed-use complex. Although the rest of Pacific Park was co-owned by and developed with Greenland USA, Forest City owned 100 percent of the 32-story building at Dean Street and Flatbush Avenue.

“461 Dean Street is consistent with our strategy to own high quality, well located assets in growing dynamic markets like Brooklyn,” Kyle Elfers, a managing director at Principal Real Estate Investors, an arm of Principal Global Investors, said in a statement. “We envision 461 Dean as long-term core holding.”

The modular-constructed building at 461 Dean Street at the corner of Dean Street and Flatbush Avenue opened in the third quarter of 2016. Roughly half of its units are affordable.

“We’re pleased with this transaction, which achieved attractive pricing for this recently stabilized asset, and enables the company to generate significant liquidity to further our deleveraging efforts and other strategic uses,” David LaRue, Forest City’s president and CEO, said in a prepared statement.

Forest City has been slowly pulling back its presence in Brooklyn. In January, the company reduced its stake in the $5 billion Pacific Park Brooklyn mega-development to just 5 percent, as CO reported.

And Forest City is no longer a development partner in the 1 Willoughby Square project with JEMB Realty, as The Real Deal previously reported.

Update: This story has been updated with the name of the buyer and a statement from CBRE.