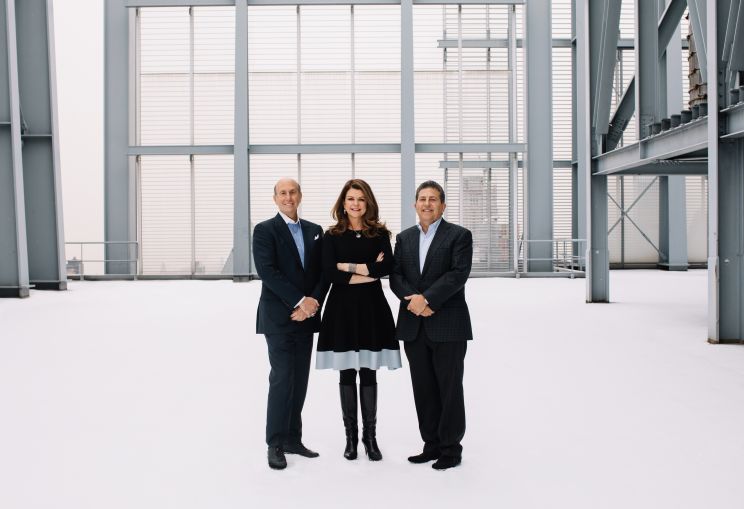 After 24 years with Forest City, MaryAnne Gilmartin is striking out on her own.

The Forest City New York chief executive officer is leaving her post at the top of Bruce Ratner’s firm to team up with L&L Holding Company executives David Levinson and Robert Lapidus on a new venture called L&L MAG. Gilmartin, who will be the chief executive officer of L&L MAG, confirmed the move to Commercial Observer yesterday after Brooklyn business website The Bridge first reported the news.

The time is ripe for Gilmartin to leave Forest City. The company stands at a crossroads after transitioning from privately held developer to publicly held real estate investment trust two years ago. Forest City Realty Trust, along with its local arm, Forest City New York, are shifting away from ground-up development and focusing more on investing in and operating office and multifamily properties, she explained. Yesterday, The New York Post reported that Forest City is selling all but 5 percent of Pacific Park,  the 22-acre megaproject rising atop the Long Island Railroad yards formerly known as Atlantic Yards, to its partner on the project, Greenland USA.

“We are incredibly proud of the transformative projects we have built with our partners at Forest City,” Greenland’s president and chief executive officer, Hu
Gang, said in prepared remarks. “Pacific Park is a true landmark development in the heart of Brooklyn, New York, and this restructuring allows Greenland to meet all of the goals it set forth when we entered the New York market and deliver a world class project that will make all of Brooklyn proud.”

Gilmartin and her crew have a services agreement with Forest City to finish the remaining work on Pacific Park. The developer has only completed four out of 15 planned buildings and 800 affordable apartments, with an approaching deadline in 2025 to complete 2,250 affordable units. The developer hasn’t started construction on any new buildings since 2016, but it has continued work on buildings that were already underway. It also plans to start work on a fifth building, B4, in 2019.

But Gilmartin, who is arguably one of the most powerful women in New York real estate, wants to stay in the development game. She also sees the L&L venture as a unique opportunity to start her own company, rather than run someone else’s.

“I’m first and foremost a developer,” she told CO. “It’s what I love. Dave Levinson and Rob Lapidus know how to raise capital, they love the urban landscape and they enjoy challenging projects. I’m taking the people I love at Forest City and doing more of the stuff I think is super challenging and rewarding.”

The 53-year-old executive added that she’ll miss Forest City, but that, “I think there’s a recognition that there isn’t a job big enough at the company to keep me challenged and keep me happy for the next decade.”

In her time at Forest City, Gilmartin has overseen the development of the $5 billion Pacific Park project, the New York Times Building at 620 Eighth Avenue, the Tata Innovation Center at the Cornell Tech campus on Roosevelt Island and the Frank Gehry-designed 8 Spruce Street.

L&L MAG will bring together Lapidus and Levinson’s talents for developing office buildings with Gilmartin’s ability to build residential, office, hotel and cultural properties, she said. They hope to work on a variety of projects, both in the city and elsewhere. The team will split its time between a redeveloped office space at 594 Dean Street in Prospect Heights and L&L’s 142 West 57th Street in Midtown.

“We are constantly on the lookout for the next big project, even in the midst of the most active phase in our history. This partnership with MaryAnne Gilmartin, who has been the driving force behind some of New York’s most transformative developments in a generation, is the ideal vehicle to further those ambitions,” Levinson said in prepared remarks. “New York City is long overdue for a woman to serve as co-founder and CEO of a major development company, and MaryAnne has more than demonstrated her unique combination of vision, perseverance and leadership throughout her remarkable tenure at Forest City.”

L&L’s current portfolio of commercial properties and development projects will continue to be owned and operated via its existing ownership structures and management teams, according to a press release.

Bob Sanna, Forest City’s head of construction, will take over as leader of the company’s Brooklyn office as Gilmartin steps down, according to a spokesman.