Fitness App Runs Over to 1 WTC 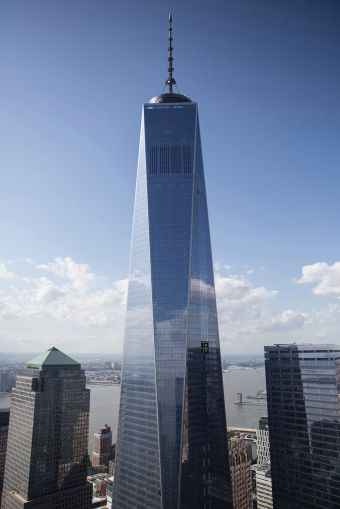 Another tech tenant has landed at 1 World Trade Center.

Digital workout app maker Aaptiv has inked a five-year lease for a 16,962-square-foot prebuilt space on the 49th floor of the 104-story tower, according to landlord Durst Organization. Asking rent in the deal was $73 a square foot. Durst is a part owner and manages, leases and operates the 3.1-million-square-foot building, and the Port Authority of New York & New Jersey owns it.

“We are excited to have Aaptiv join the 1 World Trade Center community,” said Jonathan “Jody” Durst, the president of Durst Organization, in prepared remarks. “Our prebuilt program has been a tremendous success over the past four years. We can offer tenants premium offices in a short period of time and flexible lease terms, which is requisite for rapidly growing companies.”

Aaptiv was represented by JLL’s Jason Schwartzenberg and Will Stark. Durst Organization’s Eric Engelhardt handled the deal for the landlord in-house, along with Tara Stacom, Justin Royce, Barry Zeller, Peter Trivelas and Connor Daugstrup of Cushman & Wakefield. Spokespeople for the brokerages did not return a request for comment.

Aaptiv will move from the eighth floor of 1140 Broadway between West 26th and West 27th Streets in NoMad, at the end of April. The company’s app provides audio-based fitness classes, including strength training, running and yoga, and pairs the workouts with playlists.