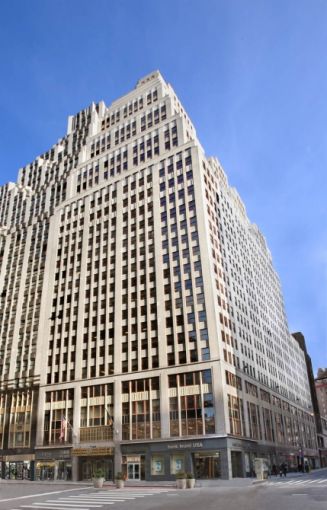 The office will serve as Uber’s second Manhattan headquarters, primarily housing Uber’s engineering team, according to The New York Post, which first reported news of the deal. Uber’s other Manhattan space is about 52,000 square feet inside The Terminal Stores warehouse complex at 636-638 West 28th Street in Chelsea, as CO previously reported.

Marc Donner, Uber’s director of engineering, said in a prepared statement provided to CO: “New York City has become the tech hub of the East Coast and we are excited to expand our engineering footprint here. With this new space, we plan to grow our engineering office and attract the top tech talent in the city.”

The asking rent in the 1400 Broadway deal was $62 per square feet, an ESRT spokeswoman said, declining to provide the length of the lease.

Thomas P. Durels, the director of leasing and operations for ESRT, said in a prepared statement: “In addition to the desirable location, 1400 Broadway has been modernized for the 21st century; will soon feature an expanded lobby and is located in the convenient Times Square South neighborhood just steps from Bryant Park.”

CBRE’s Sacha Zarba and Alice Fair represented Uber in the deal. The brokers declined to comment via a spokeswoman. ESRT’s Keith Cody represented the landlord in-house, along with Newmark Knight Frank’s Scott Klau, Erik Harris and Neil Rubin. A spokesman for NKF didn’t immediately respond to a request for comment.