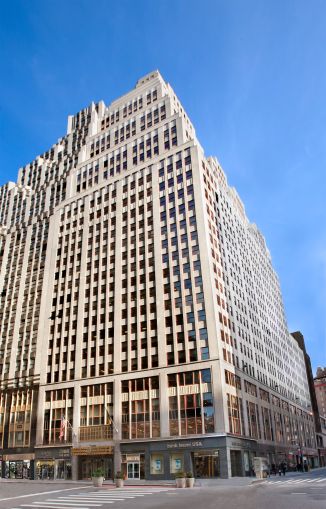 The multinational firm inked a 16-year, 108,000-square-foot deal for the eighth through 10th floors at the 35-story building, which is located between West 38th and West 39th Streets. Asking rent in the deal was $69 a square foot, according to the New York Post, which first reported the lease.

Fragomen is relocating from 7 Hanover Square, also known as the Guardian Life Building, in the Financial District. Guardian Life Insurance Co. of America, the property’s anchor tenant, recently activated a purchase option on 7 Hanover Square and subsequently retained the Cushman & Wakefield investment sales team of Douglas Harmon and Adam Spies to market the building for sale, as Commercial Observer first reported in August.

C&W is expected to market 7 Hanover Square as ripe for a potential repositioning as a residential property, and Guardian Life has already made plans to vacate its space at the building after agreeing to sublease 148,000 square feet of office space from Coach Inc. at 10 Hudson Yards, as CO reported last week.