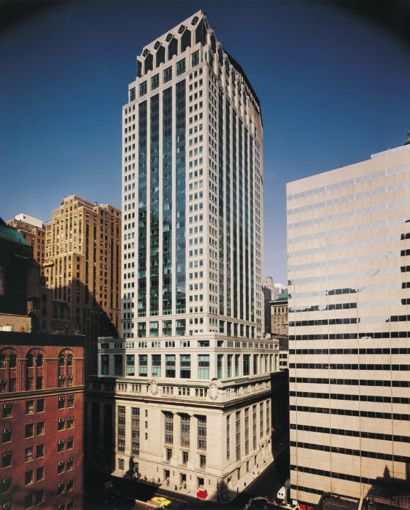 The tenant will occupy the entire 31st floor in the 39-story, 910,273-square-foot building via a 11-year lease, according to Bill Elder, a managing director of RXR’s New York City division. The asking rents in the top of the tower, where RXR has rolled out prebuilts, range from $115 to $130 per square foot, a company spokeswoman said. StepStone will replace JLL Partners when the new tenant moves from the Lipstick Building at 885 Third Avenue on Aug. 1.

RXR boasts that it has done 40,000 square feet of new leasing in the building since January. RXR picked up the property via a ground lease in September 2012 for $720 million, property records indicate. The seller was Istithmar World, the Dubai-based investment firm, as CO reported at the time. Tenants include David Polk Wardwell.

RXR’s Lauren Ferrentino represented the landlord in-house along with CBRE‘s Silvio Petrillo. A spokeswoman for CBRE said the broker declined to comment, but CBRE’s Michael Affronti said in a prepared statement provided by RXR: “45o Lexington Avenue is an exceptional asset, and the success we continue to achieve certainly comes as no surprise. The building’s close proximity to Grand Central, panoramic views, high-end installations and strength of ownership are just a few of the components that continue to attract prominent firms to 450 Lexington Avenue.”

Savills Studley’s David Carlos represented the tenant in the deal.

Update: this story was edited to reflect the precise square footage the tenant leased.