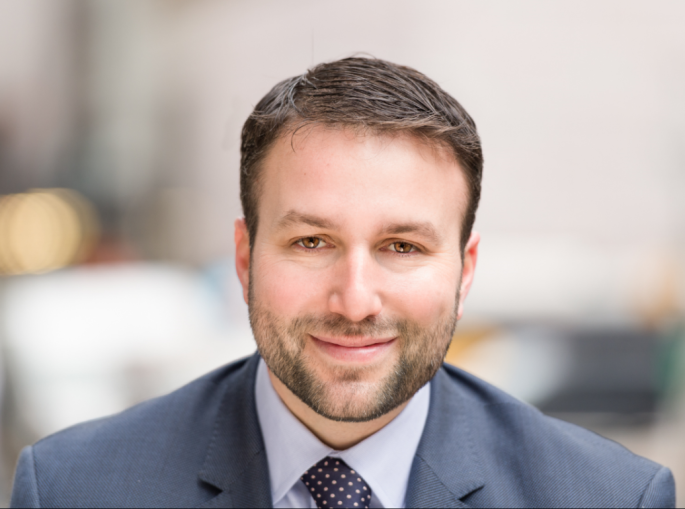 Retail broker Eric Fisher is moving up in the world. Ripco Real Estate recently hired him away from Walker, Malloy & Company, a small, Upper West Side brokerage, to start as a director in the firm’s Kings County office at 32 Court Street in Downtown Brooklyn.

The 36-year-old started his new gig on Feb. 5, according to Ripco’s spokespeople. He joined Ripco after three years at Walker, Malloy, where he represented landlords and tenants in Brooklyn, Queens and Manhattan. He’ll continue to do both, but with a focus on Downtown Brooklyn, Upper Manhattan, and Long Island City, Queens.

He had the same job title at his previous firm, but he sees Ripco—Which also has offices in Midtown East, Long Island and New Jersey—as an opportunity to take advantage of the resources of a larger company while enjoying Ripco’s welcoming environment.

“The attitude and environment [at Ripco] is a little less rigid than some of the other firms,” he said. “They’re successful, they’re omnipresent, but they manage to maintain a culture that’s inviting. It fosters a great work environment and inspiration to stay in a company rather than feeling that the corporate shackles are tight upon me.”

Ripco’s expertise in the boroughs was a big sell for Fisher. “I hope to benefit from their extensive knowledge in these submarkets that i’m just getting to know,” he said.

Fisher recently helped find a home for White Gold, an upscale restaurant and butcher shop, at 375 Amsterdam Avenue on the Upper West Side. He also negotiated a new lease for Mekki NYC, a Moroccan eatery, at 15 West 8th Street in Greenwich Village. And last November he represented SingularDTV, a blockchain-based digital content distribution platform, in a 13,000-square-foot office lease at 40 Fulton Street.

“Eric is a great example of the highly skilled brokers we are recruiting to join the Ripco team here in Brooklyn and our offices across the Tri-State region,” Mark Kaplan, Chief Operating Officer and Principal at Ripco. “Our outer-borough operations continue to thrive, and we are confident that Eric’s expertise and strong ties within the restaurant community, in addition to other retail sectors, will further enhance our position in the Queens and Brooklyn marketplace.”

Before moving into the real estate business six years ago, Fisher worked in restaurants. He graduated from culinary school at Johnson and Wales University in 2004 and ended up working in kitchens at Le Cirque and Mario Batali’s Otto. At some point he “stopped cooking and put on a suit,” and became a manager at Mermaid Oyster Bar and various other high-end restaurants.