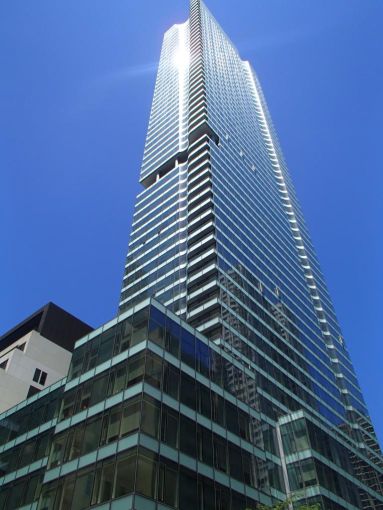 Oxford Properties Group is close to nailing down between $150 million and $180 million in acquisition financing for its $277.5 million purchase of Aalto57—a 313,283-square-foot mixed-use property located at 1065 Second Avenue, according to sources close to the transaction and an offering memorandum provided to Commercial Observer.

The deal is expected to close in early March, and a CMBS lender is in the lead to provide the loan, one source familiar with the transaction told CO.

The offering memorandum shows that CBRE is arranging the debt on behalf of Oxford. CBRE Capital Markets‘ James Millon and Tom Traynor are leading the deal, the source told CO. Officials at CBRE declined to confirm or comment.

The request for 55 to 65 percent,10-year acquisition financing has turned into a healthy competitive battle between CMBS shops, life companies and the GSEs (Fannie Mae and Freddie Mac). “CMBS shops are very competitive right now and have the inside track,” said the source.

The financing will be secured by the commercial leasehold interests in Aalto57; 169 luxury rental residences comprising 161,715 square feet, a 32,000-square-foot commercial podium leased by Bank of America and an adjoining 34,000-square-foot condominium leased to Whole Foods. The residential units were 95 percent leased as of Dec.15, 2017, the memorandum shows, and are expected to be 100 percent leased by closing.

The property also houses residential condominiums that are currently in the process of being sold and not part of the deal collateral.

The transaction represents a strategic and important financing for Oxford Properties, sources noted. “The project is really interesting as it marks Oxford’s first true multifamily project with 100 percent ownership interest in the U.S., and its first foray into the multifamily market here,” another source familiar with the transaction told CO, adding that Oxford is looking to grow its multifamily business exponentially in the U.S, just as it has done on the office side. “I think we’re all going to pick up our heads over the next five years and Oxford’s going to have 5,000 units under management.”

The tower was inspired by Finnish architect and designer Alvar Aalto’s iconic vase, according to the property website. Property amenities include a fitness center and indoor field house, a children’s playroom and a doggy day care called Spot 57.

With $40 billion in real estate holdings under management, Oxford is a global developer to be reckoned with. Its New York City projects include Hudson Yards, St. John’s Terminal, 650 Madison Avenue and Olympic Tower.

Officials at Oxford Properties and World Wide Group did not respond to a request for comment. A spokesman for Rose Associates declined to comment.