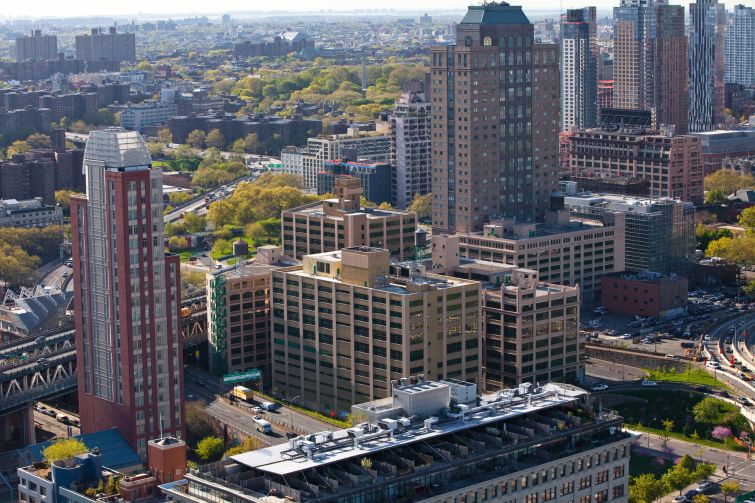 Brooklyn Lab Charter School has leased space for a new campus in Dumbo, not far from its other locations in Downtown Brooklyn.

The school will occupy 81,648 square feet on the second through fifth floors of 77 Sands Street, The New York Post reported. The middle and high school will also have some office space on the 12th floor and a canopied entrance on the first floor. Asking rent was $50 a square foot, and the length of the lease wasn’t immediately clear.

The new campus will open in September to sixth through 10th graders and include a performing arts space, cafeteria, student conference rooms and exhibition space.

77 Sands is just one piece of the five-building, 750,000-square-foot Dumbo Heights complex, which is being developed by RFR Realty, Kushner Companies and LIVWRK. Invesco Mortgage Recovery Fund held a 90 percent stake in the properties when the quartet of firms acquired the former Jehovah’s Witnesses printing warehouses for $375 million in 2013. Then the three other firms bought Invesco out last year in a $600 million deal. Normandy Real Estate also purchased one of the buildings, 175 Pearl Street, for $100 million last March.

The developers have spent $100 million revamping the former industrial properties and creating 50,000 square feet of retail, according to The Post.

Scott Klau of Newmark Knight Frank represented the school, and a Newmark team of Whitten Morris and Joseph Sipala represented Dumbo Heights ownership in the deal.