Cheezus: Artisanal Is Not Returning to Park Avenue (South) 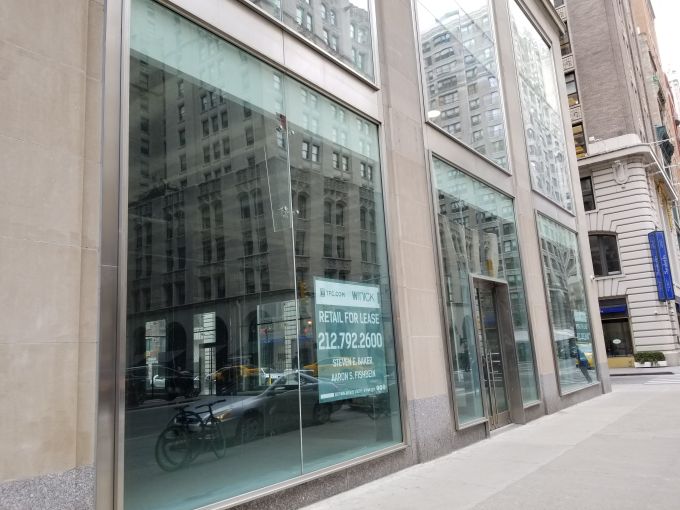 Artisanal Fromagerie Bistro, which filed for bankruptcy in March 2017 shortly before it was slated to open at its new home on Park Avenue South, is no longer bowing.

Its 10,550-square-foot TF Cornerstone space (7,550 square feet at grade and 3,000 square feet—usable—in the basement) at the base of the 12-story office building at 387 Park Avenue South is now back on the market with an asking rent of $225 per square foot, a spokeswoman for the landlord told Commercial Observer. She declined to respond to questions about Artisanal but signage for the bistro was dismantled recently.

Winick Realty Group’s Aaron Fishbein, who is the broker for the retail space at the 215,000-square-foot building along with colleague Steven Baker, said they got possession of the Artisanal space in the beginning of January. He, too, declined to talk about Artisanal except to say that Barry’s Bootcamp took 4,600 square feet of the 12,150-square-foot ground-floor space and Artisanal took the balance of it, as well as the basement.

In February 2015, the landlord of 2 Park Avenue, Morgan Stanley, decided not to renew Artisanal’s lease, the same month Artisanal formed a new ownership entity with Artisanal owner Stephanie Schulman, who is romantically linked to the previous owner Vincent S. Bonfittodrory, a.k.a. Sarid Drory. As CO reported in November 2015, Artisanal signed a lease to relocate to 285 PAS from 2 Park Avenue.

The cheese-focused brasserie was initially going to open in the new digs on Park Avenue South between East 27th and East 28th Streets in summer 2016. The company filed for Chapter 11 bankruptcy in August 2016 and then again in March 2017. The latter one—in which Artisanal allegedly owes its former landlord over $3 million for unpaid rent, etc.—is still ongoing. The summer 2016 opening date got delayed to June 2017, and those plans have faded away. Meanwhile, Artisanal’s website doesn’t reflect a change in plans.

“Their plan to leave all their liabilities with the old entity did not work,” weighed in Adam Stein-Sapir, a co-managing partner of Pioneer Funding Group, which specializes in analyzing and investing in bankruptcy cases, and who is not involved in the case. “Also because of the controversy over the first filing they may have had trouble raising new money to open the second restaurant.”

The developer acquired the pre-war building in 2005 and gave it a makeover in early 2015, including a glass facade from the base to the third floor, and renovations to the lobby, elevators and roof deck featuring a glass penthouse.

A. Mitchell Greene of Robinson Brog Leinwand Greene Genovese & Gluck, the attorney for the eatery during the March 2017 bankruptcy, didn’t respond to requests for comment.