WeWork Wrapping Up Deal for More Than 250,000 SF in Garment District 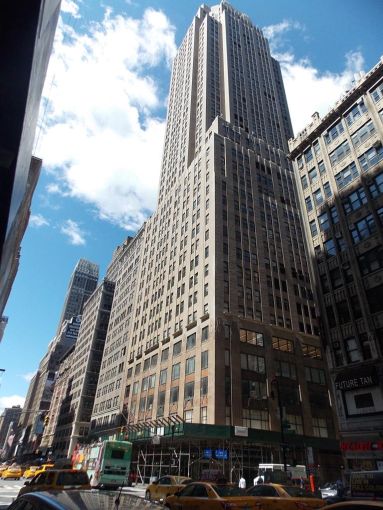 Coworking giant WeWork is putting the finishing touches on a lease for over 250,000 square feet in the Garment District, Commercial Observer has learned.

WeWork is planning to take the space across a number of floors at the 45-story, 1.2-million-square-foot office complex at 500-512 Seventh Avenue between Seventh and Eighth Avenues, also known as 228 West 38th Street, a source with intimate knowledge of the deal told CO. The deal will include a private entrance on West 37th Street although WeWork members will also have access via the West 38th Street and Seventh Avenue entrances.

The deal is for 20-plus years with an asking rent of $65 per square foot, the source said. WeWork is still figuring out when it will get possession of the space, which is hopes to open at the end of the second quarter next year.

While WeWork has some locations nearby (at 404 Fifth Avenue between West 36th and West 37th Streets and 315 West 36th Street between Eighth and Ninth Avenues), it wants to corner the West Side market there due to its proximity to Hudson Yards, the source noted. “Everything is moving west,” he said. “Seventh Avenue is going to be the new center of the city.”

Jeff Winick of Winick Realty Group is representing WeWork in the deal. A Winick spokeswoman said the company declined to comment. Cushman & Wakefield’s Bruce Mosler is working on behalf of the landlords, The Moinian Group, Chetrit Group and Edward J. Minskoff Equities. He didn’t immediately respond to a request for comment. Moinian declined to comment via a spokesman, as did WeWork.