The Plan: Emerge212 Brings High-End Hospitality to 1185 Avenue of the Americas 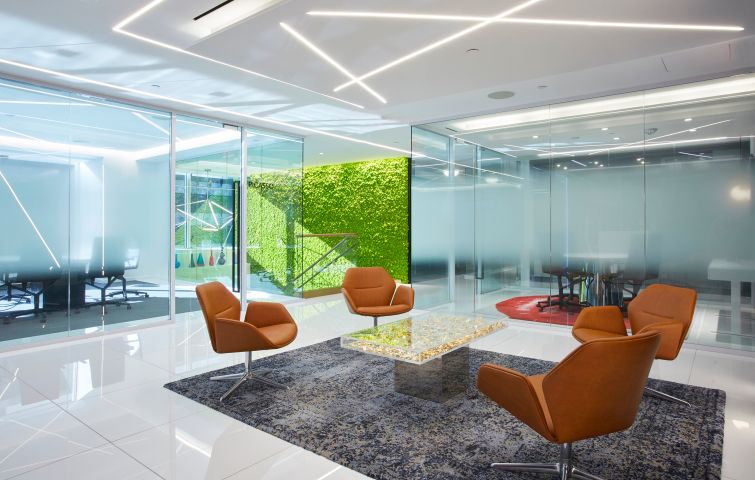 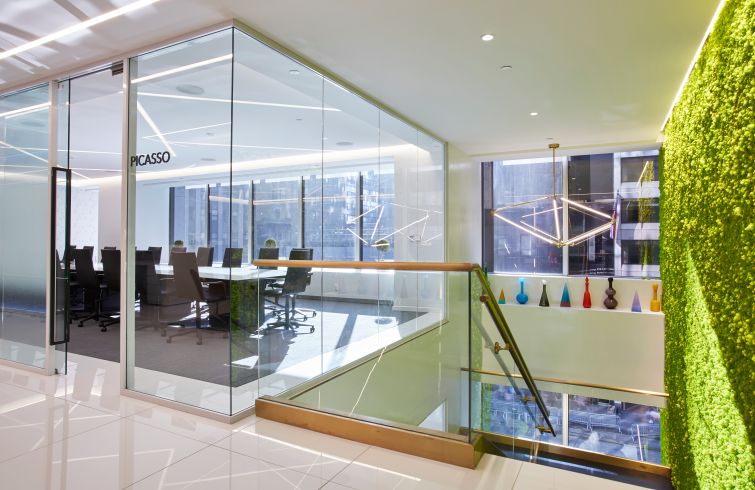 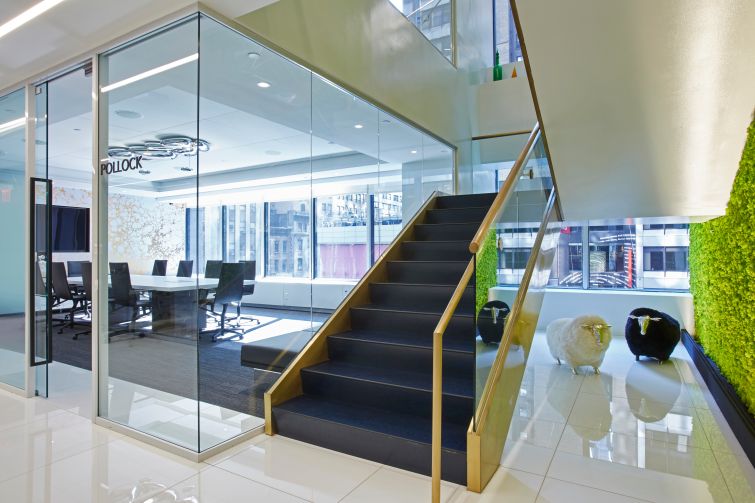 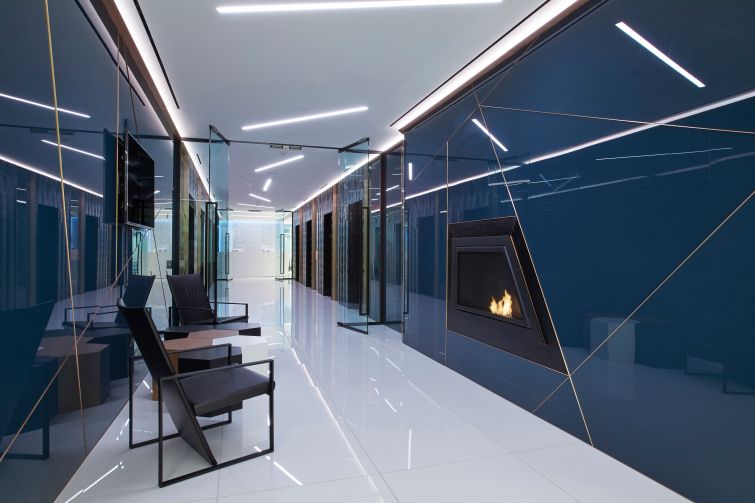 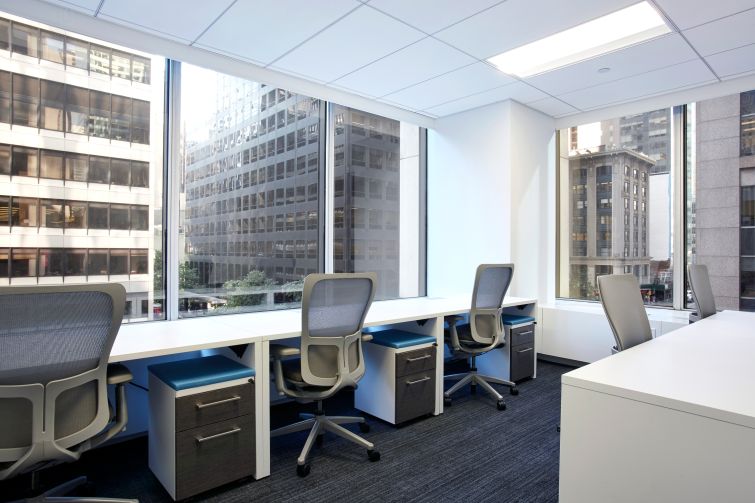 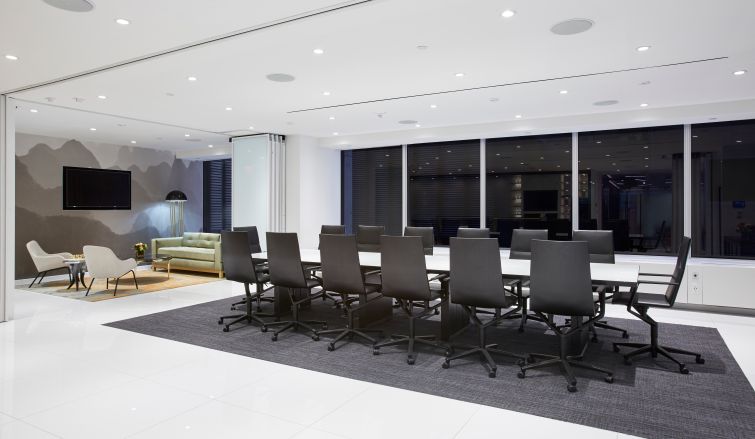 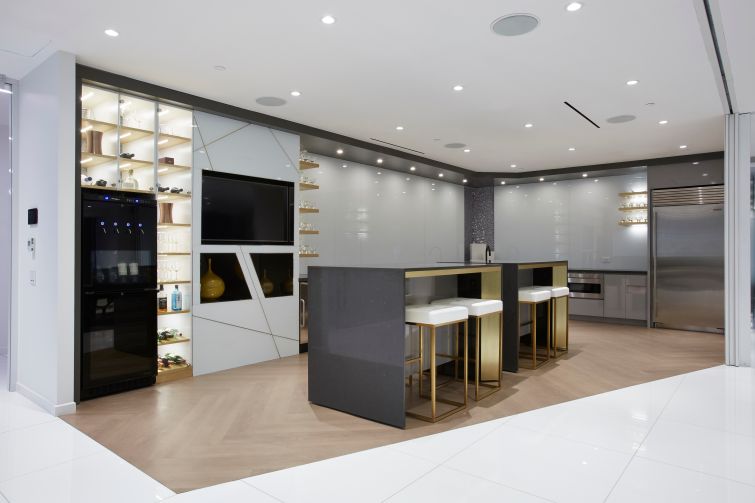 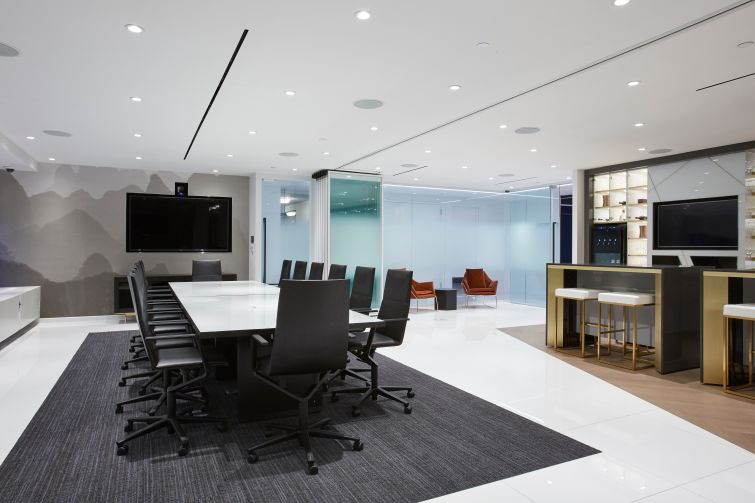 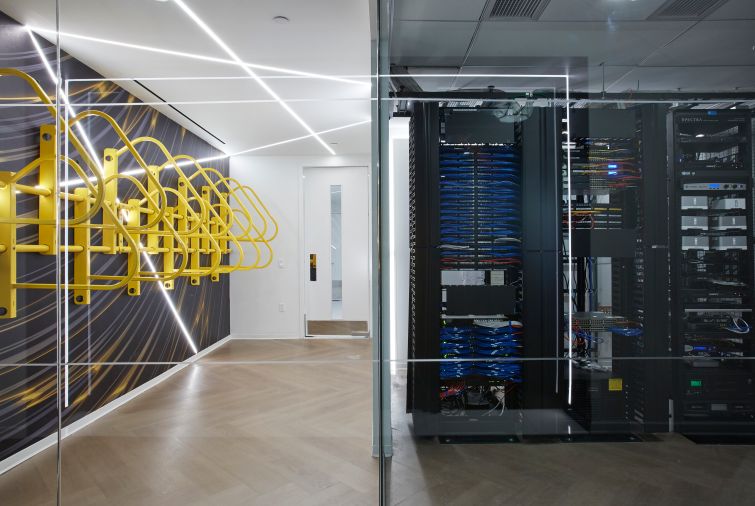 Emerge212's newest location at 1185 Avenue of the Americas. Photo: Emerge212
Previous Next

While the stratospheric rise of WeWork has raised the profile of coworking to an unprecedented level in recent years—with more firms than ever seeking to cater to the market for short-term, highly amenitized shared working spaces—“not all spaces are created equal,” according to James Kleeman, a director at boutique shared office provider Emerge212.

“There’s a wide landscape of coworking spaces out there,” Kleeman said during a recent visit to Emerge212’s newest location at 1185 Avenue of the Americas in Midtown. “The trajectory of officing is only going more nimble, more flexible, more [able] to suit each individual company and entrepreneur’s needs.”

Emerge212 was formed in 1999 as a wholly owned subsidiary of SL Green Realty Corp., which makes the firm “old-timers in this industry,” as Kleeman put it. But despite its relatively senior status, the office provider is going for an altogether different vibe than its competitors—one bringing “the best of hospitality and design into officing,” Kleeman said. “Our value proposition is the three S’s: style, service and sophistication.”

The two-level, 56,000-square-foot space at the SL Green-owned 1185 Avenue of Americas opened this past summer as Emerge212’s third New York City location, and like its other two (at 3 Columbus Circle and 125 Park Avenue, also SL Green properties) offers a sleekly designed, aesthetically minded office environment featuring high-end finishes and amenities. There are conference rooms named after famous artists (Warhol, Picasso, Pollock) that pay homage in their choice of carpeting and wallpaper (think splattered patterns on the walls of the Pollock room), while common area flourishes including a blue wooden staircase, a wall decked out in green moss and a glass table featuring gold-leaf decor that responds to static from the touch (designed by Kleeman himself) add a vibrant, modern feel to the place.

Café areas include diner-style seating and top-of-the-line coffee machines plus sparkling water and wine on tap—a WeWork-esque touch that lifts the coworking giant’s infamous tap beer amenity but “underscores the sophistication and the differentiation” of Emerge212’s product, Kleeman said. There is a “bistro” area housing a kitchen and movable furniture that can be reorganized to accommodate events; a building code-compliant fireplace; a glossy bicycle storage room; and a “serenity lounge” area featuring noise-cancelling chairs equipped with speakers that can play audio of the user’s choice. Meanwhile, common area users can pipe in music through the rooms’ speaker systems with a tap of a smartphone.

And then there are the offices themselves, which line hotel-style corridors equipped with chic lighting fixtures but—with their three-foot-thick obfuscated glass panels and keyless entry—go for a more traditional and “private” office experience than many shared office spaces. Emerge212 clients, who Kleeman said mostly come from the financing, technology, legal and consulting industries, can take anywhere from a single cubicle up to several suites banded together to accommodate dozens of employees.

“We don’t have these big team rooms that are split desk by desk by desk,” Kleeman said, noting that the space’s more corporate aesthetic is going for a more “Midtown” feel than more creatively minded coworking environments.

While Kleeman had significant input in the design, Emerge212 enlisted the help of architecture and interior design firm LB Architects, which also designed the locations at 3 Columbus Circle and 125 Park Avenue. Rachel Talavera, a senior designer at LB Architects, said Kleeman’s vision was inspired by European boutique hotels and a desire to equip the space with furnishings and finishes “that were new to the marketplace.”

“They’re very particular in that someone walks into their space and doesn’t say, ‘Oh, that’s a Restoration Hardware table,’ ” Talavera said.

For Kleeman, it’s not only about designing the most beautiful space possible—one capable of “satiating the five senses”—but also building an environment that tenants will want to stay in “year over year over year.”

“When you build and design something that’s not as traditional, you’re taking a leap that the clientele you’re building it for is going to love it, want it, sign for it and pay for it,” he said. “We’ve gotten great feedback.”