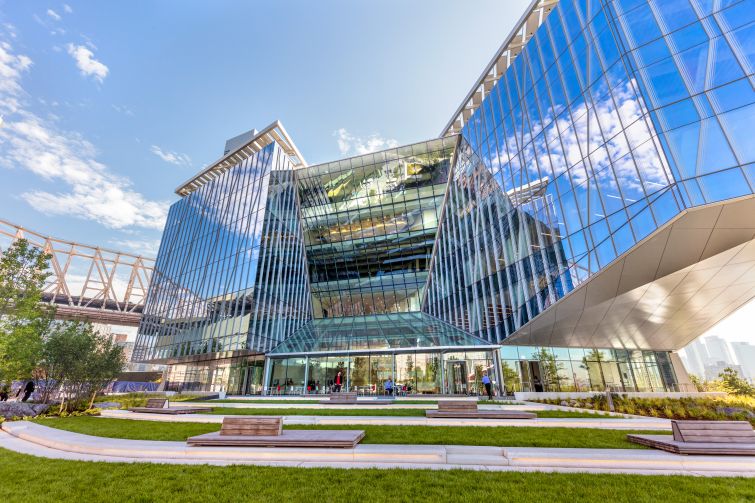 TCS inked a 10-year lease for 7,900 square feet on the third floor of the six-story, 235,000-square-foot building, while First NYC agreed to a five-year deal for 3,300 square feet on the sixth floor, sources told Commercial Observer. Both tenants are slated to move into their new spaces next year.

TCS and Forest City announced the IT consultancy’s sizable investment in Cornell Tech on Monday, which they said would assist “the first phase of capital development on the Roosevelt Island campus” and provide support for “technology research and expanding K-12 digital literacy programs” in New York City public schools.

The Weiss/Manfredi-designed building, which now bears the Tata name, will house a mix of Cornell Tech academic uses as well as commercial tenants including Citigroup, tech investment firm Two Sigma and chocolate manufacturer Ferrero International—all of which are expected to leverage and collaborate with the tech and research resources found on the 2-million-square-foot Roosevelt Island campus, which partially opened this past fall.

“Cornell Tech and Forest City envisioned the [Tata Innovation Center’s] tenancy as a highly diverse group of top-tier companies and institutions that would collaborate with students and faculty, using technology to drive innovation,” Tighe said in a statement.

Ali Esmaeilzadeh, Forest City New York’s senior vice president of commercial development and director of commercial leasing, said in a statement that the companies comprising Cornell Tech’s growing commercial tenant roster have been drawn to the campus “not because they’re just looking for office space in New York City.”

“They want a front-row seat to the best tech talent and researches and to be a part of the unique ecosystem of innovation Cornell Tech has built on campus,” he said.