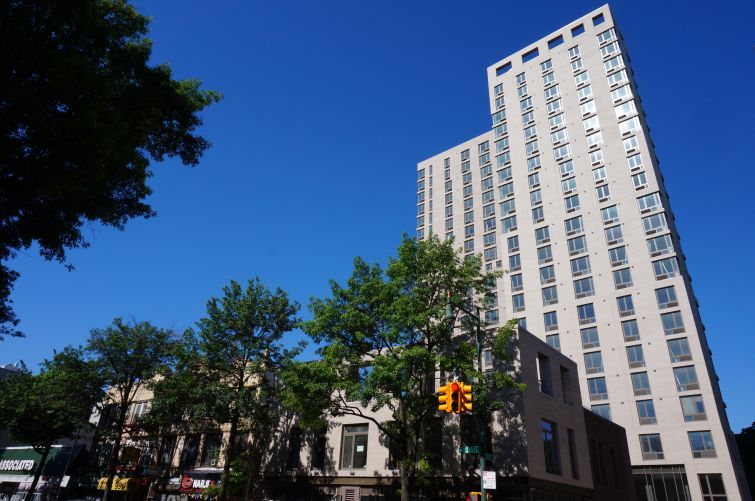 Hudson Companies has refinanced a $72.7 million construction loan at The Parkline in Prospect Lefferts Gardens, Brooklyn with $91.8 million in permanent financing provided by California-based Union Bank, Commercial Observer has learned.

“This is the first time Union Bank has purchased HFA bonds in New York,” Fletcher said.

Alison Novak, a principal at Hudson, said that now that the project has been stabilized, the firm was seeking higher leverage. “We wanted to stick with the bond financing so we selected Union Bank because they had the best terms,” she said. The interest rate on HFA bonds is typically lower than for conventional financing.

The October 2013 construction loan was a private placement of state housing bonds purchased by Citibank and expiring in 2020, Novak said. The refinancing replaces that loan with 10-year debt from Union Bank carrying an interest rate just above 3 percent.

Hudson acquired what was a development site at 626 Flatbush Avenue in June 2013 for $11 million, as CO previously reported, and erected a 23-story, 254-unit residential rental building, of which 51 apartments are affordable. The structure was constructed to meet LEED Gold and Energy Star standards. Construction concluded in September 2016, and leasing was completed this spring.

The building includes a full floor of amenities on the top floor, “so even if you have a studio apartment on the second floor and your view isn’t that spectacular you feel like you own a piece of the sky. You just go upstairs,” Novak said. The top floor houses a 24/7 tenant lounge, a roof deck with barbecues, a party room and a private chef’s kitchen. There is a playroom on the first floor off the courtyard, a dog washing station in the basement, a screening room on the second floor and a gym on the third floor. Gross monthly market-rate rents range from $2,300 for a studio to $4,500 for a three-bedroom apartment.

The building houses the Maple Street School, Greenlight Bookstore and by the summer of 2018, a 2,300-square-foot neighborhood restaurant and bar.

Robert Rengifo led the Union Bank team. He referred a request for a comment to a company representative, who didn’t respond.