Crunch Gym at 4 Park Avenue Closing at End of Year 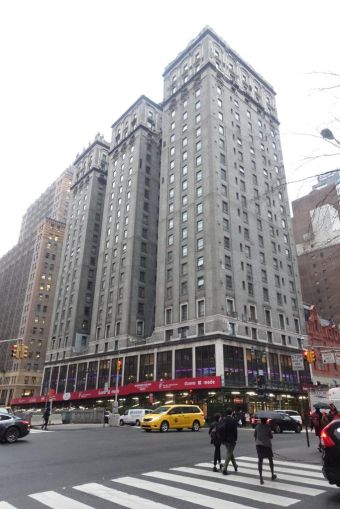 “It’s not goodbye, it’s see you soon.” So say signs posted throughout the Crunch gym at the Feil Organization’s 4 Park Avenue between East 33rd and East 34th Streets.

The posters indicate that the last day to workout at the gym is Dec. 30. But gym-goers are reassured that their memberships have been transferred—at the same rate, a gym employee told Commercial Observer—to the Crunch at 222 East 34th Street between Second and Third Avenues. Plus, a Crunch spokeswoman said, 4 Park Avenue memberships will now include access to all New York City Crunch locations.

Crunch’s 4 Park Avenue lease for the 21,646-square-foot space, which spans two floors, expires at the end of the year, and will not be renewed due to “long-planned renovations to the property,” according to a spokeswoman for Feil.

The retail space has had several fitness center iterations over the last nearly 30 years, first as Synergy Fitness, then as Boom Fitness, and then as a corporate-owned Crunch the last few years.

Other tenants that will be vacating their spaces include J & C Lamb Management Corporation and Charles H. Greenthal, a 30-year-tenant which will relocate to Feil’s 551 Fifth Avenue between East 45th and East 46th Streets. None of those tenants had the option to renew, the Feil spokeswoman said.

“The non-renewal and relocation of a few long-time tenants was necessitated by Feil’s planned complete rebranding of the commercial floors of 4 Park Avenue,” she said. “These floors will be recreated into an approximately 52,000-square-foot building within a building. Its commercial base will have its own separate entrance. It will be comprised of three floors and will include a new facade featuring a glass curtain wall and other modern design elements, including all new state-of-the-art mechanical systems. The lobby-level restaurant at the property, Wolfgang’s Steakhouse, also recently renewed their lease at 4 Park Avenue and will be reasonably unaffected by the construction that’s slated to be completed in the fall of 2018.” (Wolfgang’s renewed its lease in August for 15 years, the spokeswoman said.)

The asking rent for the newly created 51,305 square feet will be $65 per square foot.

Crunch has 17 New York City locations, including the one at 4 Park Avenue. In the Financial District, Crunch is relocating its health club at 90 John Street between Gold and Pearl Streets to 140 Broadway between Cedar  and Liberty Streets, the Crunch spokeswoman said, with the former closing at the beginning of 2018.