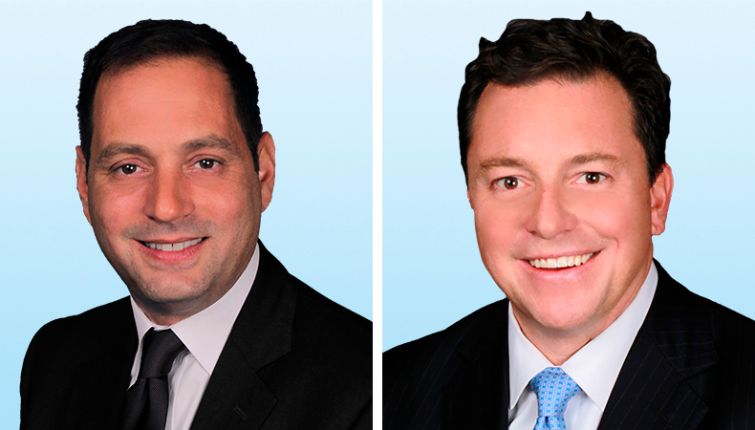 The pair, who are now executive directors in the retail department at Colliers, both have approximately two decades of real estate brokerage experience under their belts. Stone and Tricarico officially started at their new company yesterday.

A few months back, Stone and Tricarico started negotiating with Harbert, who Stone has worked for at C&W. Colliers’ current retail team consists of eight brokers at the moment, and that small team with room to grow was attractive to Stone and Tricarico, the brokers said.

“We think we are taking advantage of a good opportunity,” Stone told CO. “We came on board at Cushman when there was a small retail group there similar to this. We spent a lot of time there and we see nothing but blue sky and tailwinds to build a larger retail group here and we are intrigued by the strategic hires that they have made recently.”

Stone, 45, and Tricarico, 44, each worked a dozen years at C&W. They brought over associate Jedd Horn, 25, to continue working on their team.

In terms of deals, the pair represented Thor Equities in a 34,139-square-foot lease at 88 Greenwich Street between Edgar and Rector Streets for the relocation of the 9/11 Tribute Center, which CO reported on in June 2016.

In January of this year, Tricarico alone represented Ben Shaoul’s Magnum Real Estate and CIM Group in a 68,400-square-foot deal at 140 West Street between Barclay and Vesey Streets for a Marshalls, which is owned by TJX Companies.

And Stone and Tricarico handled negotiations for landlord Union Investment in a 36,000-square-foot lease for a Crunch Fitness on the ground floor of 140 Broadway between Cedar and Liberty Streets, also in January.

“Attracting such an accomplished retail team as Michael, David and Jedd is a testament to both the excitement surrounding Colliers in the New York region and the firm’s ability to offer opportunities unique in the marketplace,” Harbert said in a prepared statement. “We’re growing rapidly, but strategically, by targeting the best commercial real estate professionals in every specialty.”