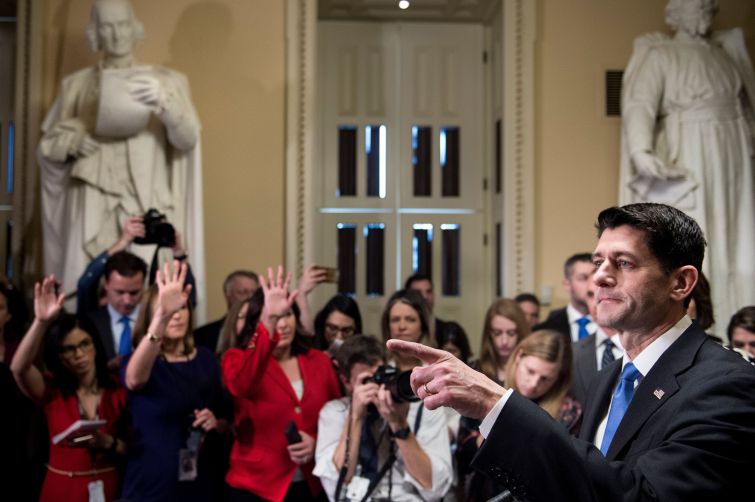 Both houses of Congress have approved the country’s most comprehensive tax reform since the 1980s, setting the stage for President Donald Trump to sign the legislation into law before Christmas.

Following a predominantly party-lines vote in the House of Representatives yesterday—12 Republicans voted against the bill, and no Democrats voted for it—the Senate passed the bill 51-48 around midnight today. Procedural complications required the House to approve the measure again today, which it did in a vote at around 1 p.m.

By enacting sweeping changes to corporate and individual tax rates, the treatment of business structures and the range of deductions that taxpayers may apply, the bill is poised to introduce dramatically different geographic and legal incentives to real estate professionals from the current tax code.

After months of industry nail-biting about how lawmakers would rejigger the rules, the die has been cast.

In one of the bill’s most significant structural changes, state and local taxes, or SALT, including all income and property taxes levied below the federal level, would no longer be fully eligible for deduction from federal tax bills under the new plan. Instead, taxpayers who live in cities and states with high income and property taxes would only be able to deduct $10,000 from their federal dues—creating an even starker business-climate advantage in low-tax states like Florida and Nevada.

In another hit to coastal property owners, the limit on mortgage interest deductions would drop to $750,000 from $1 million, increasing the costs of homeownership for those with mortgages over that limit. That level represents a compromise from the House’s initial plan in November, which would have brought the limit down to $500,000.

Equally notable for the real estate industry are current provisions that the latest version of the bill retains. Like-kind 1031 exchanges, named for the section of the internal revenue code that governs them, would be preserved, allowing taxpayers to avoid a government tab when putting the proceeds of a property sale towards the purchase of another.

The tax bill’s broadest provisions include a permanent cut in the corporate tax rate to 21 percent, from 35 percent, and a temporary reduction in personal income taxes in nearly every bracket for both single and married filers that will expire in 2025.

Rounding out the key changes in how individual Americans do business with the Internal Revenue Service is a doubling of the standard deduction—to $12,000 for singles and $24,000 for married couples—and a repeal of the Affordable Care Act’s penalty for Americans who choose to forgo health insurance. That healthcare measure marks a banner achievement for Republicans after a year of false starts in trying to carve away at former President Barack Obama‘s landmark legislative achievement.