DC Is Talking About Reforming the Tax Code—but What Will It Mean for Real Estate? 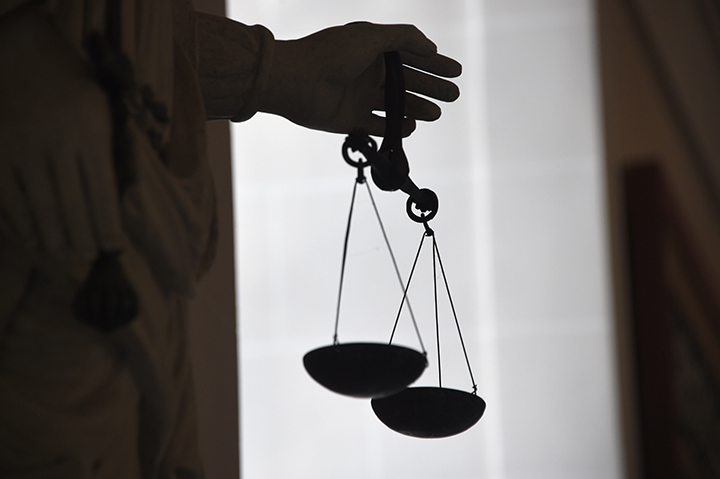 While many Washington, D.C., hands are skeptical that it will ever actually happen, reforming the tax code is a big priority in the Trump Administration.

What would reform look like? Nobody quite knows (hence the skepticism that the administration will pull it off).

Even so, the real estate industry is waiting anxiously to see if the results will be conducive to development and business.

With this in mind, Commercial Observer spoke to several industry honchos to get a sense of what changes the real estate industry is hoping for, and what they’re hoping to avoid should tax reform become a reality.

In a column Knakal recently penned for CO, he pointed out the depreciation schedule allows owners to depreciate the value of their real estate over time—27 years for residential property and 39 years for commercial property.

“That would be beneficial to the industry, and it’s a lot more rational [than what’s been discussed],” Knakal told CO in an interview. “What’s been proposed is that depreciation schedules go to zero, and you do an expensing where you can depreciate or write off 100 percent of your investment in year one. It also disadvantages people who own existing portfolios and would make them take steps to do things that they wouldn’t ordinarily do.”

Knakal believes that allowing for full depreciation in year one would overstimulate the market.

“[Let’s say] I’ve been a passive investor, but I have a massive portfolio worth a couple billion dollars, and I haven’t bought anything in a while because I’m happy with my portfolio,” he said. “If expensing goes in and I can’t depreciate the buildings anymore, then I’m going to do a transaction just to take advantage of that depreciation. You’re going to have people swapping portfolios, then swapping them back a year later just to get the depreciation. It’s going to lead to a lot of activity that would not ordinarily occur. I think that’s unhealthy.”

Should the government change this process, there are also questions about whether expensing land will be part of the package.

“If you’re going to go to an expensing formula,” Greenberg said, “the notion that you can’t expense land would not be proper, because a major investment of a real estate asset is in land. If there is going to be expensing, then the expensing needs to include the entire investment—the land and the building.”

Greenberg is also concerned with any elimination of the “step-up in basis” rule, which allows for the income tax basis of real estate to be increased to fair market on the owner’s passing for tax purposes.

“When a person dies, the tax basis for income tax purposes of assets owned by the person is stepped up—increased—to the fair market value for as determined estate tax,” Greenberg said. “I think eliminating that income tax step-up would be harmful to investors and property owners, who would find out they’re inheriting a property that has significant built-in tax, because the values have increased on a tax-cost basis.”

The elimination of the deductibility of state and local taxes is another change being discussed, and many in the real estate industry are not happy.

“Taking away the state and local tax deductibility…would be an unfair punishment for the Democratic states, New York and California” which rely less on a standard deduction, said Leslie Himmel, a co-founder and partner at Himmel + Meringoff Properties. “We are already at a tipping point, with taxes being high. It would be a [further] tipping point for a lot of companies expanding and thinking about where they can open.”

Knakal added, “Eliminating the deductibility of state and local taxes would be highly, highly negative for the tri-state area. It’s not like people in New York could move to New Jersey or Connecticut, because those are relatively high tax states also. I think you’d have a mass exodus of high-income earners if state and local taxes were no longer deductible.”

“For people who want to trade out of an investment and don’t want to recognize gain, it allows them to trade the real property to someone who will presumably make more efficient use of it—develop it, improve it, do something,” Greenberg said. “Now, the seller can take the same money they would have had, and invest it in other real property, facilitating the property going to the best owner from an economic perspective.”

Knakal added, “I think it’s critical that 1031 exchanges remain in effect. About 70 percent of our sellers do 1031 exchanges. Unfortunately, the scorekeepers of tax reform in Washington will assume that if there were 5,000 transactions last year with 1031, then there will be the same 5,000 this year without 1031. This is a dangerous and very inaccurate assumption, because economics teaches us that any time an activity gets more expensive, you get less of that activity. If selling a property becomes more expensive, you’re going to get less selling. I think volume would be hurt very significantly if 1031s go by the boards.”

One change being discussed that Himmel would like to see is a reduction in taxes for the repatriation of foreign earnings.

“There’s an enormous amount of cash sitting in other countries,” she said. “They want to give corporations the ability to bring it back without penurious tax implications. The repatriation of cash for these large corporations, with a grandfathering of the tax implications, would help bring money back to the United States.”

“That’s an inequitable rule that puts a financial strain on developers,” Shapiro said in an email. “The percentage of completion method involves, as the name implies, the ongoing recognition of revenue and income related to longer-term projects. Under the method, condo developers must recognize revenue on projects that are not completed, which causes financial strain.”

But some believe that the greatest thing the federal government can do right now regarding tax reform is simply set it in stone as much as possible and eliminate the uncertainty plaguing today’s business environment.

“What real estate people hate more than almost any other industry is that every year, Congress tinkers in one way or another with the Internal Revenue Code,” said Mike Greenwald, the business entity tax practice leader and partner at Friedman.

“One year we have bonus depreciation, the next year we don’t have bonus depreciation,” Greenwald said. “One year we’ve got full expensing, the next year we’ve got tax credits instead of expensing. It becomes difficult, because if you’re building a building, you don’t have the flexibility to make changes every year as the tax incentives change. In their heart of hearts, if you ask any real estate person, what they want is certainty and stability. Tell us what the rules are, and we’ll play by the rules. Just don’t keep changing them.”