Brookfield Back to the Drawing Board After GGP Rejects Takeover Bid 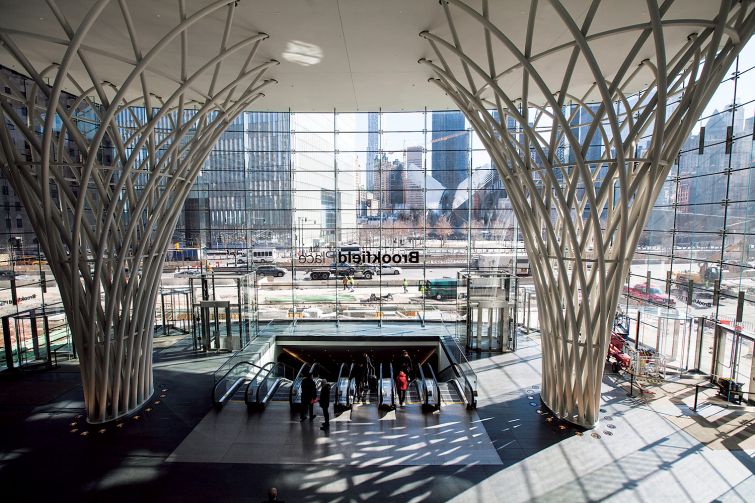 The fate of Brookfield Property Partners’ bid to takeover mall landlord GGP appears uncertain after GGP reportedly rejected Brookfield’s initial $14.8 billion overture earlier this week with analysts split on whether Brookfield will return to the table with an improved offer and the market for retail assets potentially altered by European giant Unibail-Rodamco’s massive $15.7 billion acquisition of Westfield Corporation.

The two sides are expected to continue discussions after GGP rejected the Nov. 11 bid, Reuters reported Sunday, Dec. 10. Brookfield’s proposal consisted of a cash-plus-stock offer valued at $23 per share—a premium on GGP’s “unaffected” pre-offer share price, which hovered north of $19 per share in early November but well under the real estate investment trust’s consensus net asset value (NAV) of around $28 per share.

The bid was deemed unsatisfactory by an independent board comprising five of GGP’s nine directors, which excluded three Brookfield executives on the board and Sandeep Mathrani, GGP’s chief executive officer. Brookfield has played a sizable role in GGP’s governance since helping the Chicago-based company emerge out of bankruptcy in 2010; it already owns 34 percent of the company, and the $14.8 billion takeover offer would have seen Brookfield acquire the other 66 percent.

Real estate investment and development firm Brookfield—a subsidiary of Toronto-based investment giant Brookfield Asset Management—is expected to re-evaluate its offer before potentially returning with another bid. Bruce Flatt, the CEO of Brookfield Asset Management, described the proposal as “a fair offer” in an interview with Bloomberg this week but added that such negotiations “are long, long processes.” Sources with knowledge of the discussions told Commercial Observer that the two sides are still engaged—noting that GGP has yet to formally reject Brookfield’s overture in a public manner.

Brookfield’s takeover effort has come in the midst of heightened buzz surrounding the governance of the nation’s major publicly traded retail landlords, which have faced mounting headwinds affecting the brick-and-mortar retail sector and have traded at significant discounts to underlying value of their assets.

Macerich and Taubman Centers—two of GGP’s fellow mall REITs specializing in the high-quality, Class A mall sector—have both seen activist investors increase their ownership positions in recent months, while the Brookfield bid prompted further speculation around potential mergers and acquisitions in the retail real estate sector that has fueled a recent run-up in mall REIT stocks.

That buzz was realized via Paris-based Unibail’s enormous deal for Sydney-based Westfield, which was announced Tuesday. The transaction sees Europe’s largest commercial landlord gain a foothold the U.S. and U.K. markets and creates a company with 104 retail assets and a gross market value eclipsing $72 billion.

The Unibail-Westfield deal may well have changed the calculus for a Brookfield acquisition of GGP, according to some analysts. In a research note this week, investment banking and brokerage firm Boenning & Scattergood said Unibail’s acquisition of Westfield “should boost the share price of all ‘A’ mall owners in the U.S.”—adding that the deal enhances the “irreplaceable” nature of Class A mall assets.

“No independent [GGP] board could sign off on a transaction valuing ‘A’ mall owners at a discount without significant pushback from shareholders,” Floris van Dijkum, a senior REIT analyst at Boenning, said in the note.

Alexander Goldfarb, a managing director and senior REIT analyst at investment banking firm Sandler O’Neill + Partners, told CO that the Unibail deal shows how, as far as consolidation in the retail sector, “there’s an appetite for malls [among investors] but also very few buyers” capable of lodging offers persuasive enough to get a deal done.

Goldfarb said that while it’s likely Brookfield returns with an improved takeover proposal for GGP, it’s also possible that the company backs away from negotiations and looks for GGP’s share price to return to its pre-offer levels before reevaluating the situation.

“You can see Brookfield saying, ‘No dice—we’re going to let the stock cool down for a bit,’ ” he said. “What you’re seeing is there are very few natural buyers for malls, and you just saw one of them [Unibail] make a deal for another [Westfield].”

Brookfield’s $23-per-share offer was widely seen by analysts as merely an opening salvo similar to the firm’s initial offer for mall owner Rouse Properties. Brookfield eventually acquired Rouse for $18.25 per share last year after having previously offered $17 per share for the company.

“Brookfield is a value buyer and certainly not going to put their best offer forward [first],” said Haendel St. Juste, a managing director and senior equity research analyst at Mizuho Securities USA. “If Brookfield doesn’t budge on $23 [per share], then the deal is dead. At $23, at least you know what GGP’s independent board thinks of the offer.”

St. Juste and other observers noted that GGP shareholders have largely been turned off by the cash-plus-stock composition of Brookfield’s initial offer, which sees half of the offer comprising Brookfield Property Partners (BPY) stock. Unlike GGP, BPY is not traded as a REIT but as a limited partnership—lessening its appeal to REIT investors drawn to the sector’s tax and dividend structure—and as a publicly traded entity is relatively illiquid compared to GGP with sizably lower trading volume and market capitalization

“REIT investors I talk to don’t want that [BPY stock],” St. Juste said, noting that “more cash, less stock and a slightly improved improved offer likely gets [the deal] done” for Brookfield. “The mindset of investors is, ‘We hope there will be a second offer, and hopefully that offer is more attractive.’ ”

Sources said that while GGP has already expressed its desire for an “altered mix” in the compensation being offered by Brookfield, extending a bid that goes beyond the $7.4 billion in cash it already put forward could be an unappetizing proposition for the investment giant.

But that could be what it takes if Brookfield wants to realize its dream of creating one of the world’s largest property companies—one with more than $100 billion in global real estate assets and a net operating income of roughly $5 billion annually.