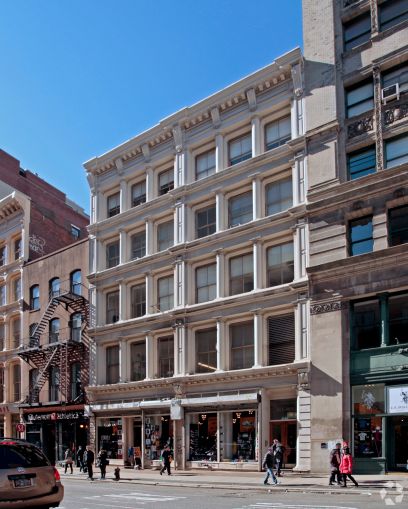 Off-price retail chain T.J. Maxx has found new digs in prime Soho at 483 Broadway between Broome and Grand Streets, and the new store will open in late-2018, Commercial Observer has learned.

T.J. Maxx will occupy 9,000 square feet on the ground floor and 9,000 square feet below grade, a source with knowledge of the deal told CO. The lease is for 15 years and the asking rent was $400 per square for the ground-floor space and $100 a foot for the lower level.

TJX Companies, the parent company of the discount department store chain, signed a deal in August. That month, The New York Times reported that T.J. Maxx was coming to “a large storefront on Broadway,” but the location and transaction details were not revealed.

Richard Skulnik of Ripco Real Estate represented TJX in the deal. He declined to comment as did a representative for the landlords, a partnership of Aurora Capital Associates and the Adjmi family. A spokeswoman for TJX didn’t immediately respond to a request for comment.

In 2010, the landlords paid $150 million for a 49-year master lease for 40,000 square feet spanning the basement through second floors of the five-story building, as per Downtown Express. The second floor is currently vacant.