As PropTech Industry Grows, Seed Funding Is Drying Up 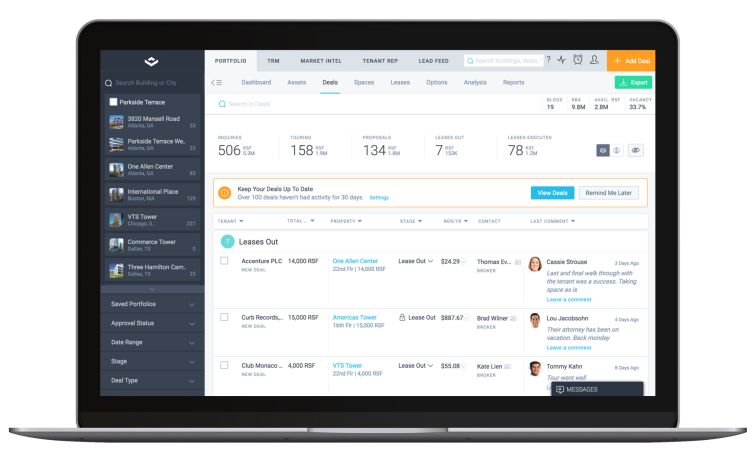 VTS HAS EMERGED AS A STAR IN THE PROPERTY TECHNOLOGY INDUSTRY AFTER YEARS OF GROWTH. BUT EARLY COMPANIES WILL FIND IT HARDER TO RAISE FUNDING TODAY THANKS TO MORE COMPETITION AND STARS LIKE VTS ATTRACTING ALL THE ATTENTION. Image: VTS

Efforts to get seed funding for real estate technology companies looks like it might be going to seed.

Recently, investors such as venture capital firms or traditional real estate development companies are looking for companies past the series A funding round and towards later rounds, according to real estate tech accelerator MetaProp NYC’s bi-annual Global PropTech Confidence Index.

The fourth-quarter report, which was provided first to Commercial Observer, highlighted that 31 percent of investors are making investments past the series A level, which is up from just 19 percent of respondents for the second-quarter 2017 version of the bi-annual survey. (There were 185 startup chief executive officers and venture capital firms that responded to the fourth-quarter survey.)

“PropTech growth is escalating rapidly around the world, particularly in Europe, with Asia not far behind,” MetaProp NYC co-Founder and Managing Director Aaron Block said in prepared remarks. “Despite the overall continued confidence, enthusiasm and growth in real estate technology, we are seeing startups having greater difficulty in obtaining early-stage funding.”

This might be a problem, but it no doubt speaks to the overall abundance of money in the industry. In the past four years, property tech companies have raised about $6.2 billion in funding worldwide, according to a recent report by Altus Group, an advisory services and software provider for real estate companies that has invested in real estate tech companies. Last year there was a record of nearly $2.7 billion invested in property tech companies. And the report expects there to be even more funding next year.

The field of real estate tech companies has ballooned in the last four years, and real estate tech incubators—such as MetaProp NYC—have spawned a new generation of innovative companies. For 2018, 86 percent of startups expect there to be more competition in the real estate tech industry compared with 2017, according to MetaProp’s survey.

As investors have become savvier about real estate tech the entrepreneurs building the software have become more realistic about the competition; only 29 percent of startups expect raising venture capital will be easier next year than this year, which is a decline from 41 percent during the second quarter of 2017.

“I think it’s the classic evolution of venture capital. Because of the success of [property technology incubators] there is so much demand at the seed level for funding that it naturally creates tension for the available capital,” said Robert Courteau, the chief executive officer of Altus Group. “Two or three years ago, you could show up with a good idea and you’ll get funding. Now your idea better be strong and the [management team] better be good, because there is so much competition for that funding.”

The other reason why seed funding will be difficult to obtain is that today there are clear stars in the field, such as project management resource Honest Buildings, property management platform VTS and real estate investment firm Cadre. And most investors want to get on board with winning companies that will clearly become profitable, rather than take a chance with a smaller startup.

In addition, much larger venture firms and traditional real estate players, such as Brookfield Property Partners and Rudin Management Company (via Rudin Ventures), are getting in on the action, as CO recently reported.

“If you are an institutional investor with hundreds of millions to invest, putting half a million into seed funding is not a whole lot of money to deploy,” said Mike Sroka, a co-founder and the CEO of deal management platform Dealpath. “There are bigger investors that have to deploy more capital and [they’ll fund] bigger and more mature companies.”

This doesn’t necessarily mean that wide-eyed entrepreneurs won’t have a chance; at least one expert thinks the slowdown in seed funding won’t change much of anything for the techies looking to disrupt real estate norms.

“It’s always been hard for early-stage real estate tech startups to get capital in this industry, because the stakeholders are notoriously slow-moving adopters,” said Susannah Vila, a co-founder and the CEO of leasing marketplace Flip, which completed a seed funding round of $2.2 million in June led by Union Square Ventures. “It has always been and will always be harder for early-stage tech companies trying to disrupt the industry.”

And there are a number early funding investment firms, such as New York Angels, Soundboard Angels and Empire Angels, which could lead seed funding rounds.