Is the Chinese Government Turning Off NYC’s Flow of Overseas Real Estate Cash? 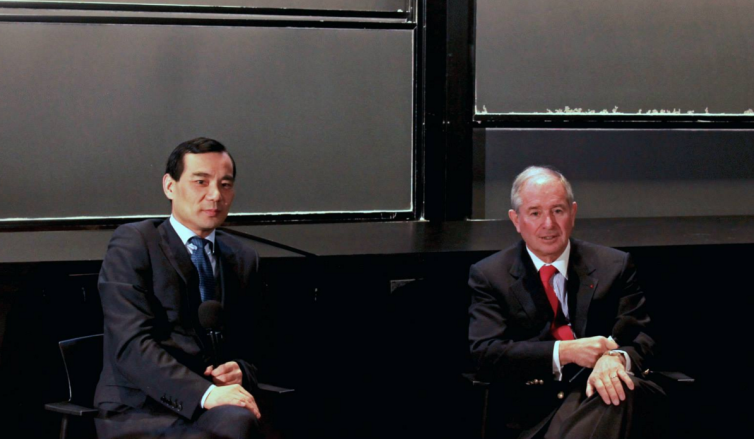 When Chinese officials detained Wu Xiaohui, the chairman of Chinese insurance giant Anbang, in June, investors saw the writing on the wall: The Chinese government was no longer going to tolerate splashy overseas real estate purchases and risky investments.

Anbang suspended Xiaohui a few days later, after the The Wall Street Journal and Financial Times reported that the high-flying dealmaker was being investigated for money laundering, bribery and other financial crimes.

The company is just the latest target of President Xi Jinping’s anti-corruption campaign, which swept up billionaire tycoon Xiao Jianhua and Xiang Junbo, the chairman of the China Insurance Regulatory Commission, earlier this year.

The corruption investigations arrived as Chinese banking regulators began scrutinizing the activities of HNA Group, Dalian Wanda Group, Fosun International and Anbang. All four have made their mark on New York City with massive, debt-funded purchases of high-profile hotel and office buildings.

Anbang smashed sales records when it shelled out $1.95 billion for the Waldorf Astoria hotel in February 2015. Then over a few days in March 2016, it bought the Strategic Hotels & Resorts portfolio from Blackstone Group for $5.4 billion and made a $14 billion bid for Starwood Hotels & Resorts.

HNA Group began grabbing New York City headlines in May with its $2.2 billion purchase of 245 Park Avenue, a 1.8 million-square-foot office tower between East 46th and East 47th Streets that ultimately traded for $1,227 a square foot.

In the first half of 2017, Chinese firms pumped $2.6 billion worth of investment into New York City, according to CBRE. That means HNA’s Park Avenue gamble makes up the bulk of Chinese investment sales in New York City for this year so far.

Last month, China’s State Council formalized restrictions on foreign investments. Most real estate purchases abroad are “restricted,” which means the Chinese government will have to approve and vet them thoroughly. A restricted foreign property purchase for more than $1 million is going to require additional scrutiny from the country’s regulators, said Samantha Ahuja, an attorney and partner at law firm Morris, Manning & Martin.

“The essence behind this decision was to curb irrational acquisitions in real estate and entertainment,” Ahuja explained, noting that some Chinese cash will now flow into “permitted” overseas investment categories, including agriculture, industrial property, mining, energy, oil and gas exploration and fisheries.

“[Beijing] was concerned that these Chinese entities were just buying for the sake of buying and that they weren’t considering economics, that they were overpaying, and that it was giving Chinese investment a bad name,” a source familiar with the new rules told CO.

But the Chinese government first began cracking down on major overseas purchases sometime in the summer of 2016, according to real estate and finance sources interviewed for this article. Beijing, concerned about the country’s depleted foreign exchange reserves, began issuing formal limits on cash transfers at the end of last year. Banks now have to report all domestic and overseas cash transactions of more than 50,000 yuan ($7,201) or, if in U.S. dollars, $10,000. That reinforced an existing limit, which prevents Chinese citizens from sending more than $50,000 abroad in a year.

In March, the insurance conglomerate pulled out of talks to invest $400 million to redevelop Jared Kushner’s 666 Fifth Avenue office tower, as part of an ambitious $4 billion plan to construct a new condo and retail building on the site.

Similarly, in July sources told the Journal that HNA Group, which spent $6.5 billion acquiring a 25 percent stake in Hilton Worldwide Holdings last October, was “drastically slowing down its deal-making.”

That suggestion might be a little overblown. A real estate player close to the airline and hotel conglomerate claims the company is playing a little safer, but it hasn’t stopped looking for investments in the U.S.

“They haven’t told us anything other than business as usual,” said MHP Real Estate Services’ Principal and Chief Operating Officer David Sturner, whose company partnered with HNA on deals to acquire 850 Third Avenue and 1180 Avenue of the Americas. “No one’s come to us and said, ‘Slow down,’ or ‘Don’t slow down.’ I think if they see a good deal, they’ll try to execute.”

In general, experts predict that the flow of Chinese capital may slow, but it won’t completely dry up.

“We see a material fall in Chinese capital coming to the United States for the immediate future,” explained Spencer Levy, CBRE’s head of Americas research. “China is really trying to stabilize its currency and will be able to loosen the reins, so to speak, once it increases the amount of foreign currency reserves in the country.”

Levy expects that “there’s going to be some transaction flow, but less of it and smaller.”

Chinese cash could end up flowing to cheaper markets in the U.S., where companies can scoop up big sites without putting down a billion dollars, Levy predicted. Last November, HNA purchased a 51-story office and retail complex known as City Center in downtown Minneapolis for $315 million. More purchases like City Center could be in the works, he said.

Jerome Sanzo, the head of real estate finance at the Industrial and Commercial Bank of China, said we might not see big trophy purchases, but some Chinese firms—particularly ones with U.S. subsidiaries who already have cash flow here—will continue to scour America for deals.

He noted that investors had already begun to pull back over the last year and a half, as the Chinese government introduced informal controls that hampered companies’ ability to pull cash out of the country.

And the new regulations will probably dampen New York City’s already softening commercial and high-end residential markets. Chinese buyers have already started retreating from New York City’s expensive condos, and that trend will continue as they face hurdles in pulling their money out of China and arranging financing in the U.S.

“Many foreign buyers are all-cash, and if they can’t use cash, they have to get a mortgage, which introduces all sorts of pressures in the commercial and residential markets,” Ahuja said. “I think you’re going to see prices stagnate. It’s going to feel like a major slowdown, but I don’t think it’s going to be anything like 2008.”