The Plan: Downtown Brooklyn’s Classic Yet Modern One Willoughby Square 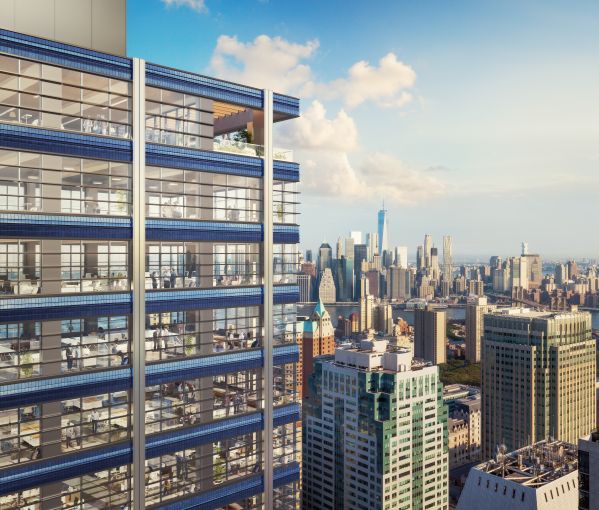 The buildings' facade would be covered in glass and glazed-blue bricks. Photo: FXFOWLE 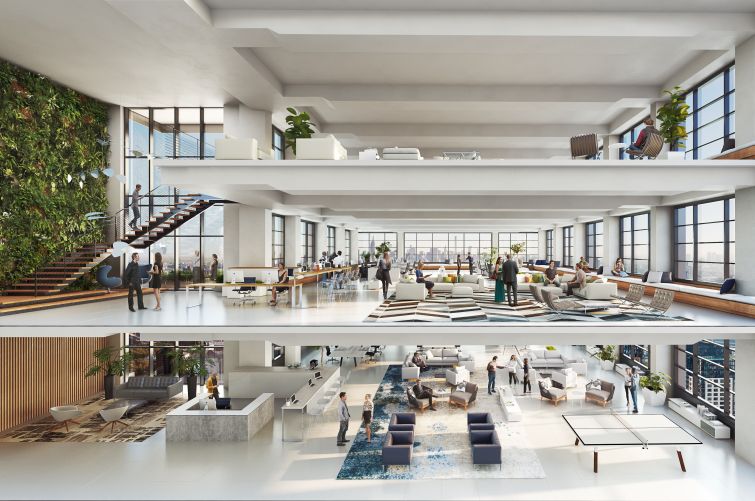 One of the oldest tricks in the book to attract creative modern tenants is to convert a former industrial building into new office.

So FXFOWLE is designing a ground-up 500,000-square-foot office building in Downtown Brooklyn for JEMB Realty and Forest City New York that already comes with a big dose of old manufacturing plant essence.

“No one is going to mistake this building for an old building. It’s got a modern vocabulary,” Dan Kaplan, a senior partner at FXFOWLE, told Commercial Observer about One Willoughby Square (a.k.a. 420 Albee Square). “But it’s rooted in what I think are the most classical New York-type buildings. Buildings that really started their lives as factories and lofts and feel very modern, but it wants to feel of its place as well. It wants to feel rooted in Brooklyn as opposed to something that is in Hudson Yards or Shanghai. It’s a reaction versus the all-glass building.”

Instead of all-glass curtain wall, FXFOWLE will is creating the structure with factory-style windows to flood it with light. Also, the mechanicals, elevators and bathrooms of the building will be stuck on the side of the tower (rather than its center) so each floor will be even less unencumbered by walls.

The exterior of the building will feature glazed-blue bricks with a pleated pattern inspired from the nearby Belltel Lofts building at 365 Bridge Street. And the concrete floors will be virtually column-free, with a wide open plan and 14-foot high ceilings, which will be already exposed.

JEMB brought aboard JLL’s Mitchell Konsker, Howard Hersch and Brett Harvey to handle marketing spaces in the building, which is expected to be completed by the first quarter of 2021. The New York City School Construction Authority has already leased the second through sixth floors of the building comprising 87,000 square feet for a new 300-seat school, as CO previously reported. The school will have a separate entrance from the office component.

A recurring feature in FXFOWLE projects is an abundance of outdoor space, and One Willoughby will just be another such project. Every other floor in the building will have an outdoor balcony. In addition, there are three “super floors” that will have 18-foot ceilings heights and terraces and loggias.

“We spend so much time in our office space and there is a growing realization that wellness, productivity [and] happiness really has a lot to do with the quality of the environment that we are working in,” Kaplan said. “And that to me translates to natural daylight, direct access to the outdoors and a connection to nature.”