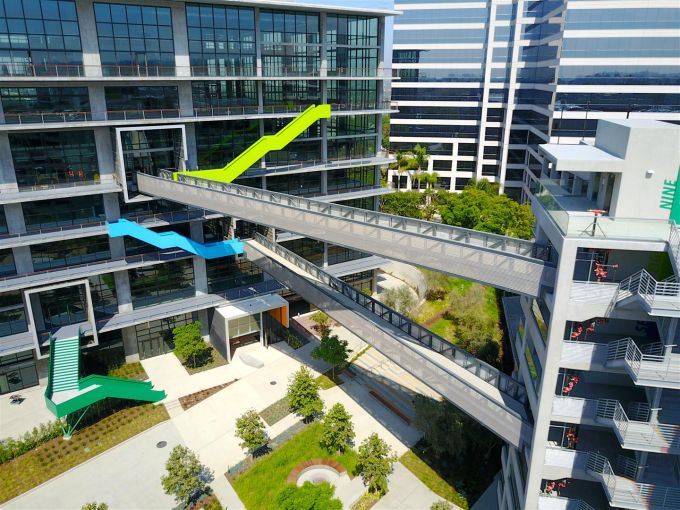 The influx of high-tech companies and expansion of new media and streaming content companies has driven a boom in building construction and preleasing arrangements in Los Angeles, as per research released last week from JLL.

According to the findings, eight office buildings totaling more than 1.9 million square feet created this year saw an unprecedented amount of preleasing activity in the high-demand areas of Hollywood and the West Side of Los Angeles. These include ICON and CUE on the Sunset Bronson Lot at 5800 Sunset Blvd, which have been fully leased by video streaming giant Netflix prior to delivery, totaling 415,226 square feet of office space between the two buildings. Financial details of Netflix’s lease could not be disclosed by CBRE, which represented the landlord Hudson Pacific Properties, but, according to JLL asking rents for both properties are estimated between $4.75 to $5 a square foot per month.

Meanwhile, WeWork took over remaining space at Vine Street Tower at 1601 Vine Street, between Hollywood Blvd and Sunset in the heart of Hollywood, maintaining three floors of collaborative workspace in the new building. WeWork leased approximately 65,000 square feet of Vine Street Tower, which amounted to four out of the seven office floors and, upon completion, took over the other three levels. According to a WeWork spokeswoman, the location will serve as Cheddar TV‘s flagship – which recently partnered with the co-working company – West Coast headquarters.

“In Los Angeles, tenants don’t typically pull the trigger until the building has been delivered,” Devon Parry, senior research analyst at JLL, told Commercial Observer. “This trend speaks to the nature of the tenants. In these markets with these kind of creative product, we’re seeing a migration southward either from tenants in Silicon Valley or San Francisco coming down here to tap into the infrastructure that we have in terms of media and talent. Everyone is starting to create their own content around shows and they’re doing it right here in LA.”

Patrick Amos, CBRE First Vice President, who, along with Rob Waller and Blake Mirkin represented the landlord Hudson Pacific Properties in the Netflix deal, said the pre-leasing trend in select markets will continue.

“We have increasingly seen via the convergence of media, entertainment and technology, is demand for sites that can deliver both high-end new office space and dedicated stage space,” Amos said. “Furthermore, areas within proximity to mass transit, the areas along the Metro Rail – especially Culver City, Santa Monica and Hollywood – have been outperforming the market as a whole.”