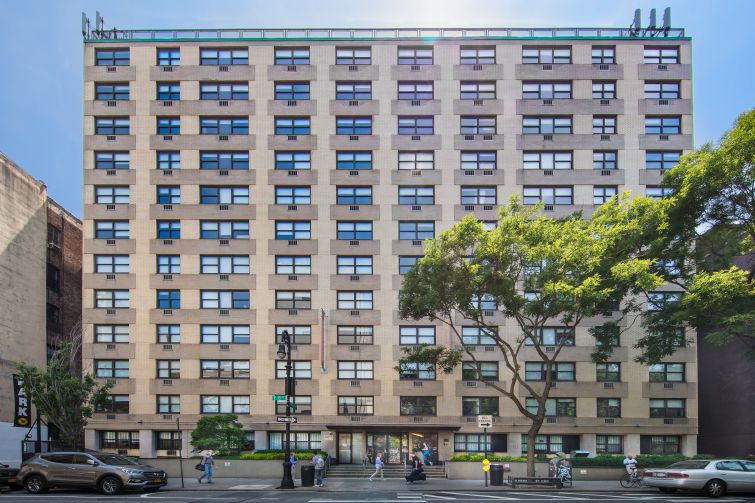 Wells Fargo has provided Bhatia Development Organization and Sherwood Equities with roughly $92 million to refinance a dormitory for The New School near Union Square, according to property records made public yesterday.

The 10-year loan is for the property at 318 East 15th Street, located across from Stuyvesant Park near Second Avenue, and carries a fixed-rate. The interest-only loan includes a new gap mortgage of roughly $5 million, according to records. It replaces a $94 million Wells Fargo loan made in 2014, which had an unpaid balance of just over $87 million prior to the Oct. 6 refinancing. Bhatia Vice President Anand Bhatia wouldn’t disclose the exact rate of the loan but told Commercial Observer it’s less than 4 percent.

His father, Arun Bhatia, the president of the company, added: “I’ve been in business for 40 years. There are very few times you can get an opportunity to lock in a rate at under 4 percent.”

Bhatia and Sherwood wanted to refinance the loan and place it in a commercial mortgage-backed securities pool, which has worked to help them lock in a longer term and a lower interest rate, Bhatia said. The loan-to-value ratio on the property is 60 percent, and a spokesman for the borrower said the loan is still awaiting CMBS execution. Bhatia won’t pay down the principal, allowing the landlords more access to the money the property generates.

“There isn’t one specific purpose,” Bhatia, who was honored recently in CO’s 30 under 30, said. “It just gives us more flexibility to do something at this property, whether it’s new projects or upgrades at this project.”

Bhatia originally acquired the 100,000-square-foot property in a joint venture with Sherwood Equities in January 2008 for $56 million. The partners then completed a renovation of the property, upgrading electrical systems, creating suite-style rooms for the dorm and improving heating, ventilation and air conditioning.

The building houses The New School’s largest dorm, Stuyvesant Park Residence, with 640 freshmen. The New School signed a 15-year lease for the property in 2009.