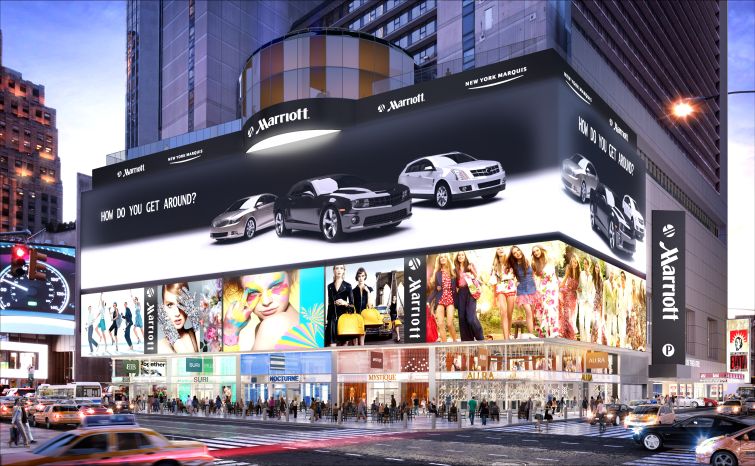 Levi’s is moving its Times Square store a block and a half north up Broadway, according to an investor presentation from Vornado Realty Trust.

The denim company will occupy 17,250 square feet on the lower level and ground floor of Vornado’s Marriott Marquis at 1535 Broadway between West 45th and West 46th Streets, according to information from CoStar Group. The store is expected to open at the end of 2018, The New York Post reported. The length of the lease and asking rent weren’t disclosed.

Levi’s currently occupies 600 square feet on the first floor of the Paramount Building at 1501 Broadway between West 43rd and West 44th Streets, according CoStar.

Laura Pomerantz of Cushman & Wakefield represented Levi’s in the transaction, and a spokesman for the brokerage didn’t return a request for comment. A Vornado spokesman declined to say who was involved in the lease, but the in-house leasing team for the building consists of Edward Hogan, Jason Morrison and Michael Worthman.

Laline and T-Mobile already occupy retail space in the building, while Sephora recently agreed to relocate its Times Square store to 1535 Broadway after taking 16,000 square feet of space there.