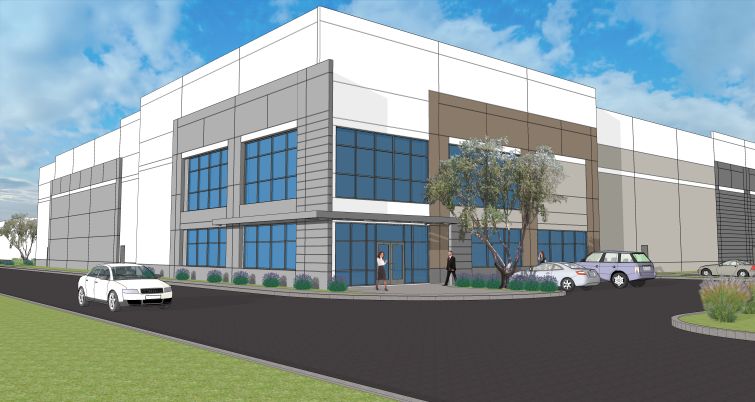 A rendering of one of the planned warehouses at 800 Hoyt Street. Image: Northstar Commercial Partners

Amidst a tight local market for industrial property, Colorado-based Northstar Commercial Partners has secured $37 million in financing to develop an industrial lot in Broomfield, Colo. into prime warehouse space, Commercial Observer can first report. Community Banks of Colorado provided debt on the property, according to deal parties.

Harrison, N.Y.-based Red Starr Investments will contribute to the redevelopment as an equity partner. Jared Starr, a founder of Red Starr, said that the financing comprised about 40 percent equity, and that his firm contributed approximately 60 percent of that amount. The balance of the project cost was funded with debt.

Northstar will demolish the existing 110,000-square-foot structure, at 800 Hoyt Street in Broomfield, and put up two new buildings, totaling over 315,000 square feet of warehouse space. The property, which is currently vacant, lies adjacent to State Route 36, about halfway between Denver and Boulder on the plains just east of Colorado’s Front Range.

“As you can imagine, industrial is considered the hottest asset class in the country today, and Denver industrial especially so,” said David Eyzenberg, the president of Eyzenberg & Company, the New York-based firm that capitalized the deal.

Eyzenberg noted that the unemployment rate in the area has fallen to just above 2 percent, and that industrial occupancy in Denver was nearly 96 percent. He attributed at least a portion of the strong demand to Denver’s marijuana industry. Colorado legalized the drug with a ballot measure that amended the state’s constitution in 2012.

“There wasn’t a lot of [downmarket warehouse space] that wasn’t cannibalized by the cannabis industry,” Eyzenberg said. “It made industrial a very attractive asset class.”

Brian Watson, the chairman and CEO of Northstar, told Commercial Observer that the dimensions of the planned warehouses should make them especially attractive to tenants.

“There’s not a tremendous amount of of industrial product in the corridor, especially not with a 32-foot” vertical clearance, Watson said. He said that Northstar had designed the new warehouses, which he expects to open in the first half of 2018, for maximum tenant flexibility.

“This is the only new Class A property with this large a continuous space,” Watson said.

Eyzenberg agreed that the warehouses’ attributes would be central to ensuring tenant interest. Even with low vacancies, he said, “you still have to tell the property’s story.”

With interest rates low, private real estate investors have been scouring the country in a nationwide search for yield, sitting on record levels of cash as they pursue scarcer opportunities for high returns. But Watson said that a contrarian approach has served Northstar well in finding bargains.

“Frankly, we kind of like it when people make overgeneralizations in a market,” Watson said. “They tend to throw the baby out with the bathwater. If you believe there are no good deals out there based on where we are in the investment cycle, you’re not going to find any.”

Starr, the founder of the equity partner in the redevelopment, said that as millennials move to the region, Colorado’s friendlier tax structure may help draw companies from out of state.

“If you can get competent, smart employees in a situation where taxes are reasonable, I think more and more companies will leave the California tax structure for places like Denver because they no longer need to” be in expensive markets to attract workers, Starr said.