The new digs will include a kitchen, coffee shop and coworking spaces 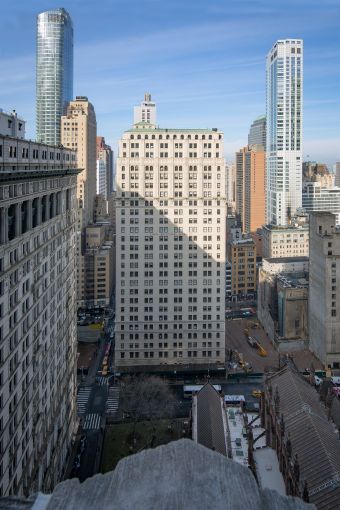 Meeting space provider Convene has signed a lease for a 58,000-square-foot space at 101 Greenwich Street in the Financial District to relocate its headquarters and establish its 11th New York City location and largest in the country, Commercial Observer has learned.

The company is planning to occupy 2,500 square feet on the ground floor, which will house a coffee shop run by high-end purveyor For Five Coffee Roasters, and the entire second through fourth floors of the 26-story building (formerly 2 Rector Street) at the intersection of Rector and Greenwich Streets.

The second floor will feature a kitchen and a mix of meeting spaces, in which tenants in the building as well as other companies can rent on demand, and the third and fourth floors will house coworking spaces.

Convene is planning to move its headquarters from a 6,000-square-foot space at 366 Madison Avenue between East 45th and East 46th Streets to a 4,000-square-foot section on the fourth floor. The company will move its 75 corporate employees into the space in March next year, which will be designed more efficiently so that more workers can fit in less space, Convene Chief Executive Officer and co-Founder Ryan Simonetti told CO. And, of course, its employees will have access to the café, meeting and shared office spaces. A Convene spokeswoman declined to disclose the rents in the 15-year deal.

“As an organization we are building what we believe will be the future of workspaces,” Simonetti said. “And to be able to move out of a five-year, prebuilt space and into what is a best-in-class experience, we think our entire organization is excited to get a chance walk the walk.”

Convene is partnering with landlords Cove Property Group and pension fund investment manager Bentall Kennedy to improve the experience of the building. The meeting space provider will offer discounts for tenants for meeting spaces and the ability for tenants to order catered food from Convene’s kitchen or the café via a mobile app.

“In Convene, what we see is basically unparalleled enterprise in this kind of market,” Kevin Hoo, the founder and managing partner of Cove, told CO.  Convene “has very keen insight into how an amenitized building should run.”

The landlords are spending an estimated $70 million to transform the building into a mix of modern office spaces, after purchasing the building in March 2016 from Kushner Companies and CIM Group for $225 million, as CO reported at the time.

The renovation, which will be completed in November, will include upgrades to the building’s mechanical systems, as well as a new lobby, refreshed common spaces, and new elevators and prebuilt spaces.

Convene currently has 10 locations around the city, including an outpost in 1 World Trade Center. The company also has three in Philadelphia, one in Washington, D.C. and one in Boston. It expects to open two more in Los Angeles early next year.