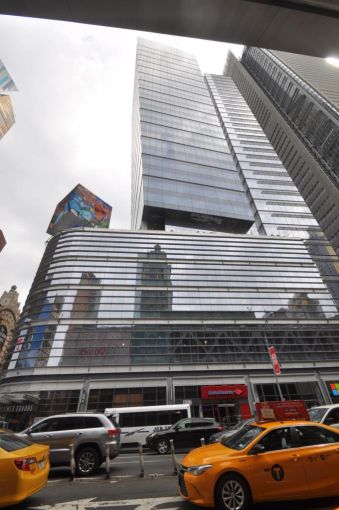 The 45,000-square-foot Lionsgate Entertainment City will offer 13 exhibits that use virtual reality and other technology to “immerse guests in their favorite Lionsgate film and television stories,” according to a press release from Parques. Exhibits themed around Mad Men, Divergent and Now You See Me are also in the works. The flagship project is the first of several Lionsgate-themed attractions planned throughout the U.S. and Europe. It’s expected to open in 2019.

The Madrid-based leisure park operator signed a 15-year lease for three floors of retail at 11 Times Square, at the corner of West 42nd Street and Eighth Avenue. The New York Post, which broke the news of the deal, pegged the asking rent at $7 million a year.

SJP Properties owns the 1.1-million-square-foot building with PGIM and Norges Bank. E-Trade inked a 31,000-square-foot lease at the 40-story tower earlier this year, Commercial Observer reported, and other major tenants include law firm Proskauer Rose, Microsoft and Bank of America.

RKF’s Robert K. Futterman, Joshua Strauss and Scott Zinovoy represented both sides in the transaction. Spokespeople for RKF did not return a request for comment.