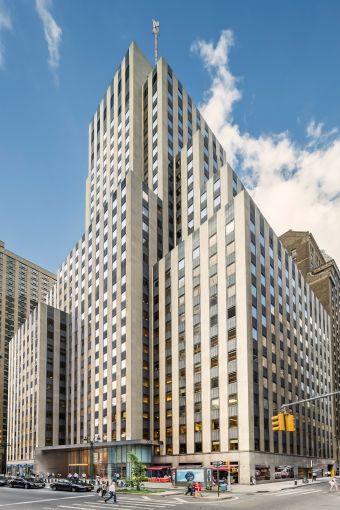 Data and trading technology provider Thesys Technologies has signed a 13,787-square-foot lease at Equity Office’s 1740 Broadway for its headquarters, the landlord announced today.

The financial technology company will occupy a portion of the 14th floor of the 26-story building between West 55th and West 56th Streets in Midtown. The asking rent in the seven-year lease was in the high $70s per square foot, according to a source with knowledge of the deal.

“The cutting-edge, stylish design of our prebuilt spaces at 1740 Broadway proved to be the perfect fit for an innovative fintech company and industry leader like Thesys Technologies,” Zachary Freeman of Equity Office, which is a subsidiary of Blackstone Group, said in a prepared statement.

Thesys expects to move in November from its current address nearby at The Moinian Group’s 3 Columbus Circle, a full-block building that runs on Eighth Avenue and Broadway between West 57th and West 58th Streets.

Thesys, founded in 2009 in New York City, also has offices in South Carolina. Its new pre-built digs at 1740 Broadway will feature concrete floors, exposed ceilings, high-end finishes and an open pantry, the landlord said in a press release.

“These are exciting and dynamic times for our organization,” Mike Beller, the chief executive officer of Thesys Technologies, said in a prepared remarks. “The move to a new corporate headquarters reflects the hard work and commitment of our employees, who have all contributed to our rapid growth.”

“After a thorough analysis of our client’s technical requirements, their projected growth and employee and client commuting patterns, we felt that the space at 1740 Broadway was a perfect fit,” Gerla said via a spokesman.

The building at 1740 Broadway was erected in 1950, and Equity Office purchased it in 2014 for approximately $600 million from Vornado Realty Trust. Existing tenants at the 620,000-square-foot building include fashion retailer L Brands and law firm Davis & Gilbert.

The Real Deal was first to report the news about Thesys’ new digs.