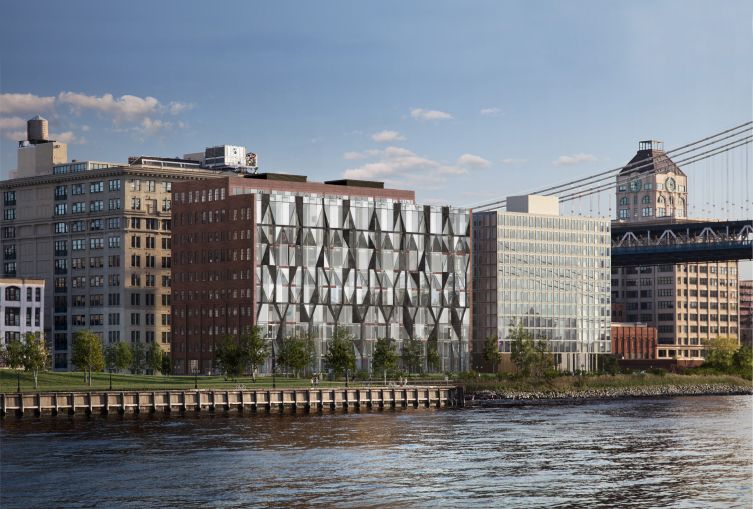 Advertising agency Translation has expanded its office space commitment at 10 Jay Street in Dumbo with the addition of 15,000 square feet at the renovated waterfront building.

Translation agreed last year to take roughly 31,000 square feet at the 10-story, 230,000-square-foot converted warehouse, and has now grown that commitment to a total of around 46,000 square feet, Crain’s New York Business reported this week.

The marketing and advertising firm has yet to relocate its office to Dumbo from its current location at 145 West 45th Street near Times Square, but plans to make the move either later this year or in early 2018, the publication indicated. The expansion means Translation will occupy the entire third and fourth floors at the property, according to 10 Jay Street’s website.

Asking rents at the building—which is approaching the end of an ambitious, $70 million renovation helmed by architect Eran Chen’s ODA New York and featuring a jutting, crystal-like glass façade—range up to $100 per square foot and rank among the highest for office space in Brooklyn, according to Crain’s.

Translation was represented in the deal by Lance Korman of Newmark Knight Frank, while a JLL team of Howard Hersch, Mitch Konsker, Ben Bass and Brett Harvey represented the landlord, a partnership between Triangle Assets and Glacier Global Partners.

A spokesman for NKF did not provide comment on the transaction, while a representative for JLL did not return a request for comment.

Software company Nuxeo recently agreed to relocate its Williamsburg office to the property, located next to the Manhattan Bridge between Pearl and Jay Streets, after signing a 12,567-square-foot lease for half of the building’s fifth floor, as Commercial Observer first reported earlier this month.