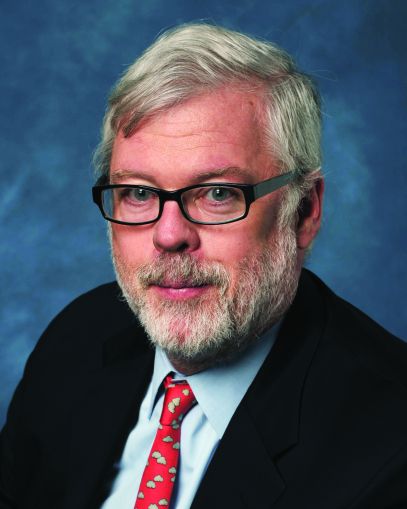 The Metropolitan Transportation Authority announced today that Patrick Foye would become president of the agency and Veronique Hakim would serve as its managing director, according to a release from the MTA.

Foye just stepped down from his role as executive director at the Port Authority of New York & New Jersey, where he was appointed by Gov. Andrew Cuomo in 2011. He’s famous for reopening the Manhattan-bound lanes of the George Washington Bridge after they were closed for political reasons in 2013, but he also led public-private partnerships for the construction of a new Goethals Bridge and a new Terminal B at LaGuardia Airport.

With her role, Hakim continues her long career of service at the MTA. Since January 2017, she served as acting interim executive director of the state-controlled agency. Before that, she spent just over a year as the president of New York City Transit. She was previously the head of New Jersey Transit and executive director of the New Jersey Turnpike Authority. However, she spent 23 years at the MTA before taking on New Jersey transit.

Both Foye and Hakim will serve in the newly created Office of the Chairman, along with Chief Development Officer Janno Lieber. Lieber, a former Silverstein Properties executive who played an important role in rebuilding the World Trade Center, left the real estate company in April to head the MTA Capital Construction Company.

All the new appointees come on the heels of a transit crisis for New York City and the MTA, which are grappling with subway derailments, packed trains and growing rider dissatisfaction with the state of the subway system. To address the growing chaos, Cuomo brought back Joseph Lhota as MTA chairman last month. Lhota, who served as chairman for a year before stepping down to run for mayor in 2012, unveiled an ambitious $830 million plan to fix the subways last week.

“Pat and Ronnie are veteran transportation professionals who together with Janno form the dynamic team the MTA needs at this moment,” Lhota said in a statement. “Pat and Ronnie will assume the day-to-day leadership of the MTA and ensure that our customers are always our first priority.”