Silverstein’s Janno Lieber to Head Up Development at the MTA 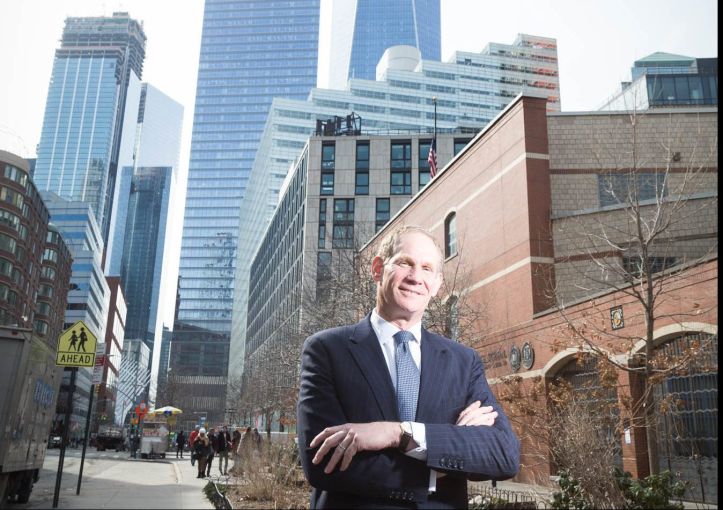 Silverstein Properties executive John “Janno” Lieber, who was instrumental in the company’s rebuilding of the World Trade Center site as president of the WTC Properties arm, will leave the company to become the chief development officer at the Metropolitan Transportation Authority.

Lieber, 55, will take the helm of the MTA Capital Construction Company starting in May, and will oversee the agency’s capital projects and real estate, according to an announcement from Gov. Andrew Cuomo.

Some notable projects that Lieber will be responsible for include the second phase of the Second Avenue subway, which is to extend the line to East 125th Street. He will also oversee the construction of a new terminal Long Island Railroad terminal under Grand Central Terminal for the East Side Access project and a plan to bring Metro-North Railroad to Penn Station.

“The key to transforming the MTA is delivering on bold and ambitious projects that will give New Yorkers the enhanced, modern transportation system they deserve,” Cuomo said in prepared remarks. “Janno Lieber has a proven track record of innovative success managing multi-billion dollar projects in the private sector and deep experience in transportation. His unique skillset is a significant asset and will help us continue to deliver on the promise of a world-class transit system for New Yorkers.”

Lieber is replacing Michael Horodniceanu, who served as president of MTA Capital Construction Company and stepped down in March.

Under Lieber’s leadership, Silverstein Properties has completed 7 and 4 World Trade Center, and both are fully leased as well. Recently, music-streaming company Spotify signed a 378,000-square-foot lease for the top 11 floors of 4 WTC, as Commercial Observer reported. And Silverstein topped out of the 2.5-million-square-foot 3 World Trade Center, where media company GroupM has inked deals totalling about 700,000 square feet of space and will be the anchor tenant of the tower when it opens in 2018.

“New York has always led the way in public transportation,” Lieber said in a statement. “Now, under Gov. Cuomo’s leadership we are again taking on the big projects that will make a real difference to New Yorkers’ lives and to our economic future. I’m thrilled to join him and the entire MTA team on that mission.”

Lieber, a graduate of Harvard University and New York University Law School, is a Brooklyn resident that lives in Ditmas Park and often rides the subway, according to The New York Times. A married father of three children, he is a native of Manhattan and has lived in Brooklyn since 1999.

Lieber joined Silverstein in 2003 and prior to that he worked as a deputy assistant secretary for policy for the U.S. Department of Transportation under President Bill Clinton. Earlier he was a practicing lawyer at Patterson Belknap Webb & Tyler and he served as an transportation policy advisor to the city during Mayor Edward Koch’s administration.

“While it is always sad to lose a great colleague, as a New Yorker, I’m thrilled that Gov. Cuomo has asked Janno to take responsibility for some of the largest and most complex projects in the region,” Silverstein Chairman Larry Silverstein said in a statement. “Janno is responsible for making the entire project a model of urban mixed-use development, sustainability, and public-private partnership. For the many stakeholders who worked on the project… he has functioned as the ‘glue’ that helped bind us together throughout the difficult rebuilding process. All of us—and all New Yorkers—owe him a huge debt of thanks.”