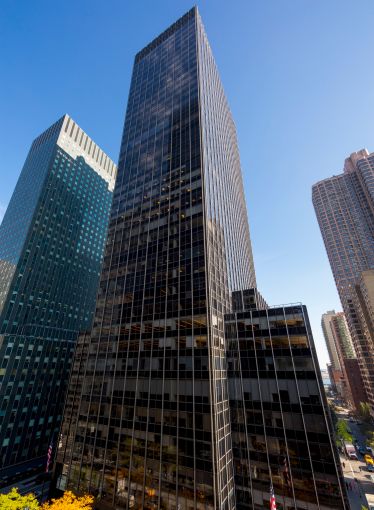 Informa signed a 10-year, 59,613-square-foot lease for the entire 20th through 22nd floors in the 43-story, 1.1-million-square-foot office tower between East 39th and East 40th Streets, Fisher Brothers said in a press release today provided to CO. The London-based company plans to consolidate several of its business units, spread across five separate New York City offices, at the new location in the first quarter of next year.

Fisher Brothers declined to provide the asking rent, but sources with knowledge of the transaction said it was in the low $70s per square foot. A CBRE team of Chris Corrinet, Peter Gamber, Robert Hill and Michael Movshovich represented Informa, while landlord Fisher Brothers was represented in-house by Marc Packman and Clark Briffel and a Cushman & Wakefield team of Bruce Mosler, Louis D’Avanzo, Andrew Ross, Michael Baraldi and Maria Travlos.

Geoff Scott, Informa’s property strategy manager, said in a statement that the move to a consolidated office at 605 Third Avenue was motivated the company’s “steadily expanded” U.S. presence in recent years—such as its $1.56 billion acquisition of marketing and information services firm Penton last fall.

In the wake of the Penton acquisition, Informa has taken the opportunity to bring its multiple New York locations “together into a single base,” Scott said. The organization will relocate its current offices at 420 Lexington Avenue, 708 Third Avenue and 52 Vanderbilt Avenue, as well as Penton’s office at 1166 Avenue of the Americas, to 605 Third Avenue, but will maintain its location at 711 Third Avenue.

CBRE’s Movshovich said in the release that Informa was looking to bring its workforce “together within one space after many years working in multiple locations.” He cited 605 Third Avenue’s “unique value proposition marrying prominent identity, efficient floor plates with great light and views, a high-quality renovation and excellent long-term partners in Fisher Brothers.”

The landlord recently completed a $25 million capital improvement program at the 1963 office building, which included the construction of a new entrance and lobby designed by the David Rockwell-led architecture firm Rockwell Group.

Ken Fisher, a partner at Fisher Brothers, said in a statement that the landlord is “pleased to welcome Informa to our esteemed tenant roster” at 605 Third Avenue, which is anchored by Spanish-language television broadcaster Univision and includes the United Nations Population Fund, construction and engineering giant AECOM and law firm Davidoff Hutcher & Citron.

A spokesman for C&W declined to comment on the transaction.