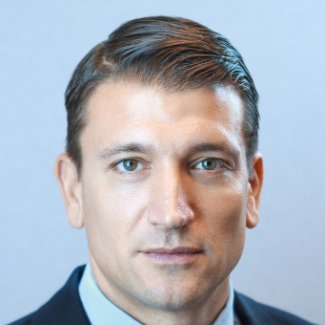 Rauchet, a construction and development veteran of more than two decades, is now the senior director of development for JEMB. He is overseeing the ground-up, 500,000-square-foot office tower One Willoughby Square in Downtown Brooklyn and the redevelopment of the 1 million-square-foot, 26-story Herald Towers rental building in Midtown. He officially started his new post at JEMB on July 24.

Rauchet, 45, said he made the switch because he missed working on new developments rather than just consulting on deals at Colliers.

As a “third party you are always helping developers make decisions. You feel disconnected from the projects,” Rauchet told CO. “Part of my role here is not only to manage the two big projects that we have in New York, but to go out and run the numbers and find new deals.”

Rauchet said JEMB is planning to break ground on One Willoughby Square (which has an alternate address of 420 Albee Square) in early 2018. The developer recently completed an 87,000-square-foot lease with the city for a new 300-seat school, as CO recently reported. The building is still undergoing various design tweaks and JEMB is talking to a variety of potential tenants.

The other major project on Rauchet’s agenda is the upgrade of Herald Towers, a prewar residential building at 50 West 34th Street between Avenue of the Americas and Fifth Avenue. It includes modernization of the building’s systems, and addition of new penthouse apartments and amenities, such as lounges and outdoor space. JEMB is still planning the redesign and the project is expected to start in a year. Built in 1912 as a hotel, the Herald Towers was converted to a 690-unit rental in 1980. It has 112,000-square-foot of retail space.

“With his resume and experience, he will be an asset to our company and take charge of our ongoing One Willoughby development in Brooklyn as well as Herald Towers redevelopment,” Joseph Jerome, president of JEMB, said in a prepared statement.

Rauchet started working at Colliers in 2012; he consulted on the development of a variety of large-scale projects, including the 62-story condominium at 45 East 22nd Street, the 22-story condo at 55 West 21st Street and the renovation of the St. Regis New York hotel. Prior to that he was a vice president at Forest City New York (formerly Forest City Ratner Companies) from 2004 to 2012, where he worked on projects such as The New York Times Building at 620 Eighth Avenue between West 40th and West 41st Streets and the rental building at 80 Dekalb Avenue between Hudson Avenue and Rockwell Place in Downtown Brooklyn.

Before that he oversaw projects for Goldman Sachs’ real estate operations group for three years, and he also worked as a project manager for Skanska from 1995 to late 2001.

Rauchet, a father of three, who lives in Jersey City, N.J. received an MBA in finance from Pace University in 1998. He also has a certificate in real estate finance and investment from New York University and a bachelor’s degree from Syracuse University in civil engineering, and he grew up in Flatbush, Brooklyn.

“It really is great to be a part of that,” Rauchet said. “I haven’t seen a new commercial building pop-up up [in Downtown Brooklyn] in decades. We are going to take it to the next level now and have some great commercial space to the area.”