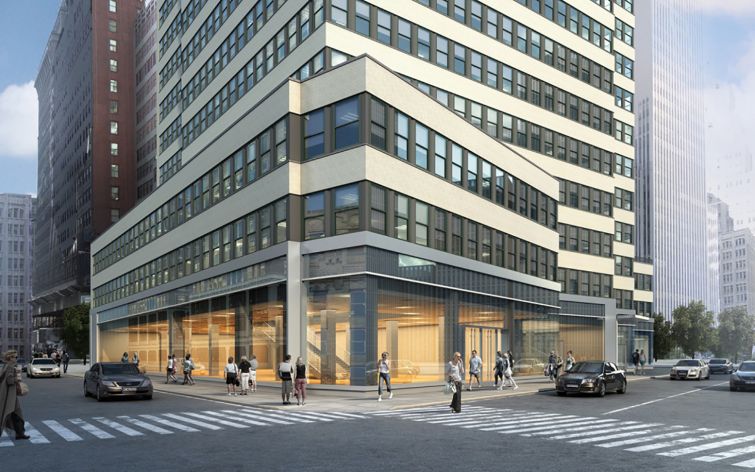 The late–designer Vince Camuto’s apparel and accessories company VCS Group has signed a 42,748-square-foot lease at Shorenstein Properties’ 1407 Broadway, according to a news release from the landlord’s broker, CBRE.

The company will occupy a part of the third floor of the 38-story building between West 38th and West 39th Streets. The asking rent in the 10-year deal was in the $50s per square foot, according to The Real Deal.

VSC Group will be consolidating its offices and showrooms from 148 West 37th Street and 141 West 36th Street, both addresses located between Seventh Avenue and Broadway. It hopes to move into the new digs in the spring of 2018.

“VCS was looking to consolidate its operations onto a large, single floor to facilitate collaboration among colleagues,” CBRE’s Peter Turchin said in a prepared statement. “They were attracted by the building’s loft-like feel and incredible sightlines.”

Camuto died in January 2015. He was a co-founder of Nine West, which he sold to Jones Apparel Group in 1999 for $900 million, as was reported at the time. Jeffrey Rosenblatt of CBC Advisors brokered the deal for VCS Group’s new offices.

“It enabled [VCS Group] to consolidate into one floor in a full-service building that had been fully renovated,” Rosenblatt said. “It was a great improvement and upgrade. They were on five or six different floors in two different buildings. It made sense.”

Shorenstein purchased the 34-year master lease for the 1.1-million-square-foot 1407 Broadway in April 2015 for $330 million from Abraham Kamber & Company and Lightstone Group, as Commercial Observer previously reported. (Solil Management owns the ground under the property.)

The landlord is completing a $30 million renovation of the property, which includes upgrades to the façade as well as a new lobby and elevators.