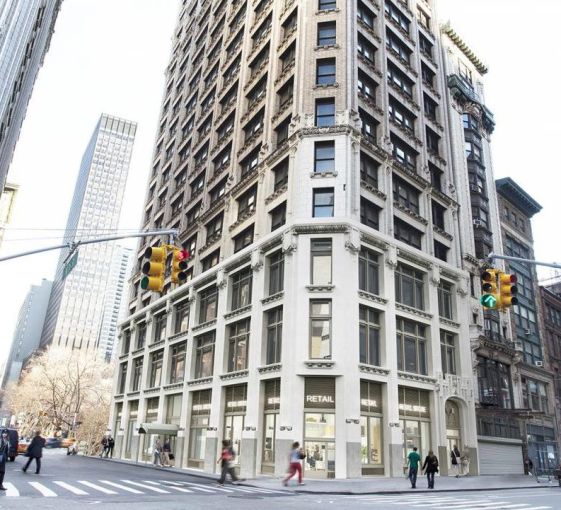 Togas agreed to a deal last week for approximately 2,100 square feet across the ground and lower levels at 212 Fifth Avenue, part of the 4,250-square-foot retail space at the 24-story building at the corner of West 26th Street.

The company—which designs and manufactures bedding, towels, bathrobes, curtains and other linens—will occupy roughly 1,100 square feet of ground-floor selling space, according to sources with knowledge of the transaction, with the remaining 1,000 square feet on the lower level to be used for storage and back-office use.

Asking rent for the ground-floor space was around $350 per square foot, with Togas slated to move into the location this coming fall. The length of the lease was not immediately available.

The textile designer, which opened its first U.S. store last year in Greenwich, Conn., has 177 boutiques around the world, according to its website—most of which are located in Russia.

Togas will take nearly half of the 2,330 square feet of ground-level retail space at 212 Fifth Avenue, as well as all 57 feet of Fifth Avenue frontage. The rest of retail space at the property, which remains on the market, features 64 feet of frontage on West 26th Street, according to Thor marketing materials.