State Finalizes $1.6B Deal With Related, Vornado and Skanska for Moynihan Train Hall 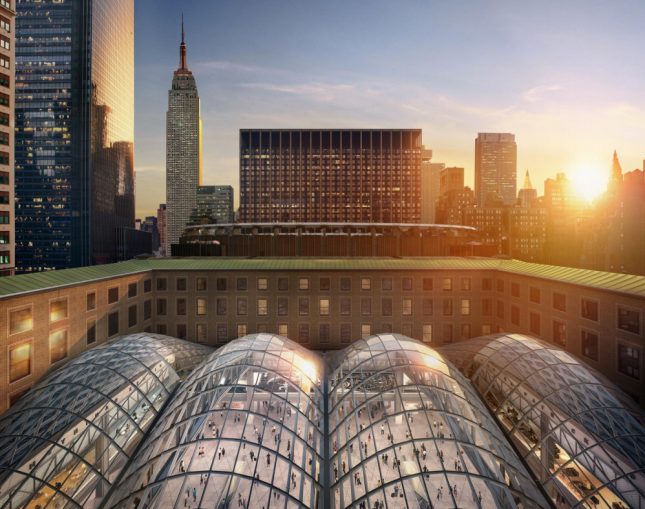 Construction is set to begin soon on the mall-transportation hub, which will be connected to the 40-year-old Pennsylvania Station across Eighth Avenue via the newly completed West End Concourse.

The complex, to be known as Moynihan Train Hall, will host a 255,000-square-foot train hall for Long Island Railroad and Amtrak passengers and 730,000 square feet of office and 120,000 square feet retail space. Related and Vornado will operate and lease the commercial portion, the governor told reporters on a conference call this afternoon. The term of the deal is for 99 years. McKim, Mead and White designed the Farley building (as well as the long-defunct original Penn Station), and Skidmore, Owings & Merrill are handling construction of the new train hall inside the post office.

The revamped post office building will include a 92-foot-high skylight and access to nine platforms and 17 tracks, according to the governor’s office.

The transit hall is scheduled to be complete by 2020.

The state also plans to redesign the LIRR’s existing concourse along West 33rd Street in Penn Station and the subway stations, which serve the 1, 2, 3 and A, C and E lines. The upgrades will include better lighting, signage to help commuters navigate the building and digital screens.

The announcement comes just as commuters are bracing for several weeks of disruptions in Long Island Railroad service to Penn Station, because Amtrak needs to repair aging tracks beneath the behemoth rail complex.