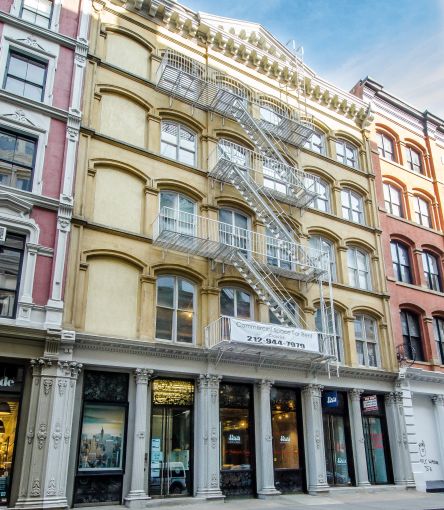 Outdoor home furniture designer Oasiq is moving its Manhattan showroom to 42-44 Greene Street in Soho, where it has agreed to take 5,000 square feet of below-grade retail space, Commercial Observer has learned.

Oasiq signed a seven-year deal last week—with an option to extend for three additional years—for the lower-level space at the five-story, 47,600-square-foot property between Grand and Broome Streets, according to sources with knowledge of the transaction.

The retailer, which specializes in outdoor patio furniture, is slated to move into the new space at the Zar Property NY-owned building on Aug. 1. Oasiq will relocate its showroom from 242 East 58th Street between Second and Third Avenues in Midtown East.

Asking rent for the below-grade space was $42 per square foot, sources said—well under the triple-digit asking rents commanded by ground-level space on Greene Street. The Oasiq showroom will feature a street-level entrance enabling customers to directly access the basement-level space, as well as street-level signage.

Oasiq is leaving its current showroom at 242 East 58th Street, Ortiz told CO, due to landlord Lanson Properties’ recent decision to put the Midtown property on the market, which raised uncertainty over the furniture store’s future at the location.

“[Oasiq’s] lease is coming to an end, and they weren’t sure whether the new owner would renew,” Ortiz said. “So they decided to move to Greene Street, where a lot of furniture stores have moved.”

Zar and partner Nassimi Realty purchased 42-44 Greene Street, 46-50 Greene Street and 38 Greene Street in a three-building, $49 million portfolio acquisition in 2008. Zar bought out most of the Nassimi family’s stake in the properties for $57 million earlier this year, according to The Real Deal.

The landlord has previously deployed the lower-level space that will house Oasiq as a short-term, pop-up availability occupied by various retailers—such as skiing apparel brand Spyder—and used to stage one-off events.

Office tenants at the 42-44 Greene Street include Sparks Marketing Group and Hanover Research.