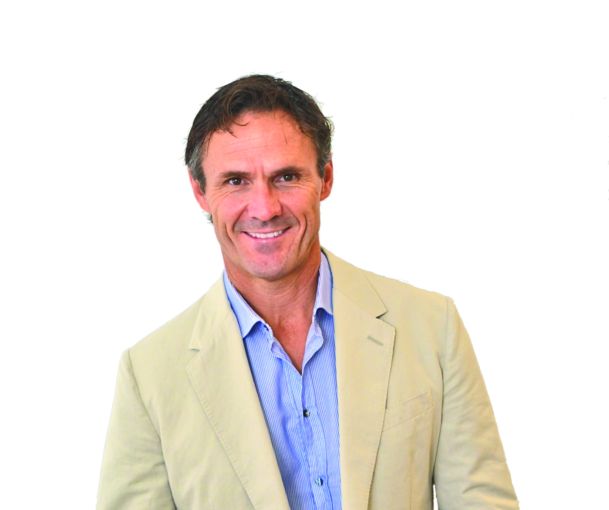 Mark Durliat lives an exotic life. The Colorado-born developer had a lightbulb moment while swimming in the crystal clear waters of Turks and Caicos in 2001 and purchased the island’s Grace Bay Club a year later, establishing his luxury Grace Bay Resorts brand in the process. Since then, Durliat has raised and deployed over $115 million in equity and debt in the development and management of 10 projects on the Caribbean island, and watched annual revenues skyrocket from $4 million to $50 million. Next on his agenda is Rock House, Turks and Caicos’ very first cliff-side resort.

Commercial Observer: How did you get your taste for international real estate?

Durliat: My start was actually in Belgium, working with a famous South African golfer named Gary Player. I was in my early 20s, and we were developing master-planned golf communities. My entrepreneurial side kicked in, and I wanted to do something on my own. I wasn’t ready to come back to the U.S., so [Player] encouraged me to look at South Africa.

There was an enormous demand for tourism there at the time [1994] as it was when Nelson Mandela was elected president. Hotels were de rigueur, but there was no real financing available to build them; the only way was to build condos. So, I met a couple of investors and developers in Capetown and we formed a company to build condominium hotels.

What was your experience like, building in South Africa during that time?

I found South Africa to be exceptionally welcoming. I learned a lot by the time I came back to the U.S. in 2000; I was still a developer but with a knowledge of how to build projects with a real estate component as well as a hospitality component.

But you returned with itchy feet?

Yes. I set up an office in Miami and began scouring the Caribbean for projects, every island, trying to replicate [the hotel-condo development] we did in Capetown. Then, I found Turks and Caicos.

Why did Turks and Caicos stand out?

The fundamentals are profound. It’s a U.S. dollar economy. It’s so easy to get to—one hour from Miami, and it’s a British Overseas Territory, so they have a registry system in place that allows buyers of real estate to understand the legal system quickly. But the process by which you decide to invest in this country isn’t just financial—it’s emotional.

Well, I’m a big swimmer. So when I visited it I went for this swim off a remote beach and I swam as far as I could. I was the only person in the ocean. It was crystal clear, dead calm, 80 degrees, and this beauty went on forever. I said, “Yep. This is the place.” I swam back to shore and called my investors. Three weeks later, we had a contract to buy a boutique hotel [Grace Bay Club]. It was a 20-room hotel, but it had a loyal following of the luxury set. I convinced the owner to sell it to me with the idea that we would buy all of the land on either side of the hotel. We used the name, nurtured it and created a brand.

Who are your investors?

All high-net-worth individuals. Then we have buyers of our real estate who are buying as a whole instead of investing in a project. We also work with Canadian Banks—Scotia Bank, Royal Bank of Canada and CIBC, they all have operations in Turks and Caicos.

How did the idea for Rock House come about?

Cliff-side developments have worked successfully in many countries, but Turks and Caicos hadn’t done it yet. I had no intention of doing this kind of project, either. Then one day my wife drove past the location while she was trying to get our [then] 9-month-old son to sleep. She came home and said, “Honey you have to see this place.”

It took about two years for me to come around, but she was right. It’s this 14-acre site, absolutely untouched, three minutes from the airport and a part of the island that not many people have seen. It has a Capri or Sardinia vibe.

Is building on a cliff-side risky?

No, because it’s solid limestone.

What stage is the project at right now?

We’re under development, and we’re at the sales stage. Thirty-five percent of our inventory was taken within the first three weeks.

Any plans to develop in New York?

We’ve looked, but I’d have to split myself in two! It’s a very hands-on business, because if you’re going to Turks and Caicos to buy real estate you’re taking a plunge. A lot of buyers want to have a personal relationship with the principal. So I’m very involved in the process, but it seems to work well. I now have friendships with a lot of people who have bought real estate from us over the years.

Plus, I doubt the Hudson River is quite as nice to swim in.