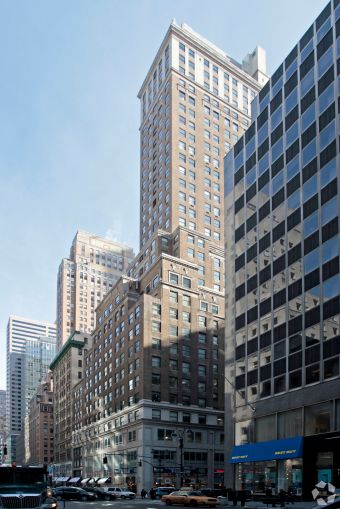 The shared-office provider, which operates six locations in New York, Chicago and Boston, will occupy the entire 16th floor of the 36-story The Moinian Group-owned building between East 44th and East 45th Streets. The asking rent in the five-year transaction was $45 per square foot, according to Joseph Friedman of MHP Realty Services, who brokered the deal for MicroOffice.

“They took the location because of the great value of price and location,” Friedman said of MicroOffice.

MicroOffice’s existing New York City coworking spaces are located at 1601 Broadway between West 48th and West 49th Streets in Times Square, 122 West 27th Street between Avenue of the Americas and Seventh Avenue in Chelsea and 902 Broadway between East 20th and East 21st Streets in the Flatiron District.

MicroOffice once operated a coworking space called Harlem Garage at 318 West 118th Street between Manhattan Avenue and Frederick Douglass Boulevard, but that space closed last year, according to DNAinfo.

Todd Korren and Albert Wu of Evo Real Estate Group represented the sublandlord NCRC, which leased the space at 535 Fifth Avenue in 2014, as CO reported at the time.

It was not immediately clear why the Washington D.C.-based NCRC, which expands financial services for working families and communities, was subleasing out its entire space. The organization had five years remaining on its lease and was paying $55 per square foot.

Korren and a spokesman for NCRC did not immediately return a request for comment.