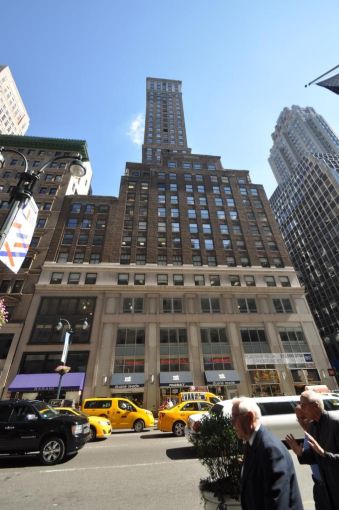 The National Community Reinvestment Coalition, or NCRC, is relocating to an entire 16th floor at 535 Fifth Avenue, Commercial Observer has learned.

The association, which expands financial access for working families and communities, signed a seven-year lease last week for 7,300 square feet in the building between 44th and 45th Streets. The asking rent was $55 square feet, according to Andrew Stein, a founding principal of Vicus Partners. He and Bert Rosenblatt, a co-founder at Vicus, represented NCRC in the deal. Cushman & Wakefield‘s Myles Fennon, Mitch Arkin, Haley Klein, Adam Nelson and Remy Liebersohn represented the landlord, the Moinian Group.

NCRC will move in once renovations are complete, in about two months, Mr. Stein said. Its current digs are at the U.S. Trust Building at 114 West 47th Street, and the firm decided to relocate after nine years because the rent was “going up beyond what they could afford,” Mr. Stein said.

Mr. Rosenblatt added: “Also, this is a better building for them, right on Fifth Avenue with a full-floor identity.”