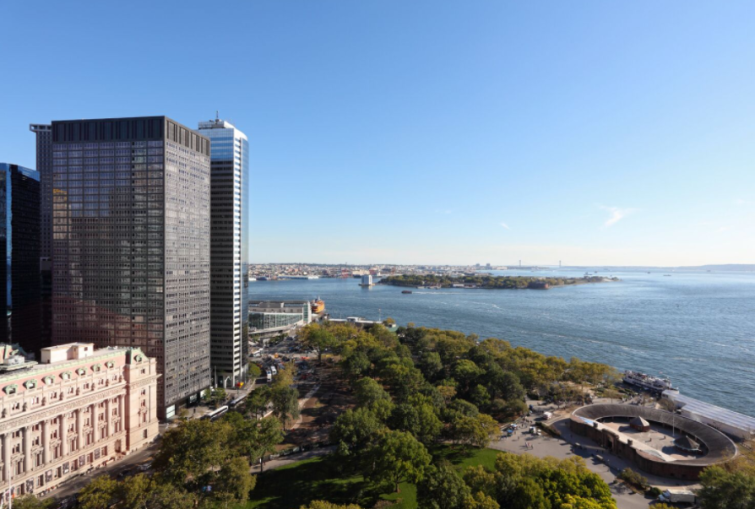 Architecture and interior design firm CetraRuddy will relocate its New York City headquarters from Soho to the Financial District after signing a 22,894-square-foot lease at One Battery Park Plaza, according to a release from landlords Rudin Management Company and Allianz Real Estate of America.

CetraRuddy agreed to an 11-year deal for a portion of the eighth floor at the 35-story, 870,000-square-foot office tower, which occupies a full block bound by State, Whitehall, Bridge and Pearl Streets adjacent to Battery Park.

The architecture firm—which has designed luxury Manhattan condo towers like One Madison in the Flatiron District and Walker Tower in Chelsea—is expected to relocate from its current offices at Olmstead Properties’ 584 Broadway in the fourth quarter of this year.

Asking rent in the deal was $55 per square foot, according to sources with knowledge of the transaction. Michael Cohen and Andrew Roos of Colliers International represented the tenant while Rudin’s Kevin Daly represented the landlord in-house.

“It was a significant challenge to find a building and space that would allow [CetraRuddy] to create a modern workplace compatible with their core vision values,” Roos said in a statement to Commercial Observer. “While a relocation was not their original plan, the infrastructure, panoramic views and overall value of Rudin Management’s One Battery Park were just too much to pass up.”

Rudin and Allianz Real Estate also announced that they have secured nonprofit organization Global Impact Investing Network (GIIN) for a 10-year deal for 9,200 square feet on a portion of the building’s second floor.

GIIN is slated to relocate to One Battery Park Plaza from its current offices at Tribeca Associates’ 30 Broad Street this coming fall. Zachary Price and Ramsey Feher of CBRE represented the nonprofit, with Rudin’s Daly representing the landlord. Asking rent was also $55 per square foot.

GIIN’s move is “prompted by the growth in size of our organization, necessitating more office space than we currently have,” Wen-Hua Yang, the nonprofit’s operations director, said in the press release—adding that “Lower Manhattan remains an excellent value-for-money location.”

In a statement, Bill Rudin, the family-led landlord’s co-vice chairman and chief executive officer, said both deals “reinforce the emergence of One Battery Park Plaza and Lower Manhattan as a destination for creative companies and nonprofits as well as our valued financial services and law firm clients.”