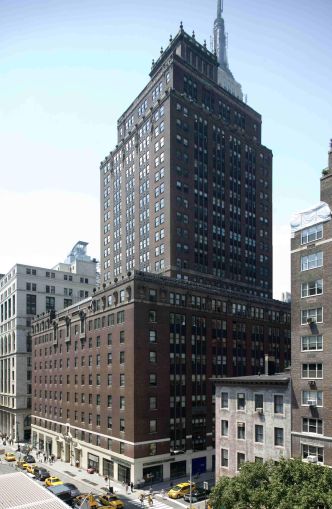 Surdna Foundation, a charitable foundation focusing on fostering sustainable communities in the U.S., is relocating its headquarters to 200 Madison Avenue between East 35th and East 36th Streets, Commercial Observer has learned.

Surdna will be moving from nearby, at 330 Madison Avenue at East 42nd Street, later this year, according to a joint press release from brokers on both sides of the deal, to the entire 12,641-square-foot 25th floor at 200 Madison Avenue. The lease is for 16 years with an asking rent of $75 per square foot.

“Surdna’s move to 200 Madison achieved the foundation’s primary goals of consolidating into higher density space with great light and views, LEED certification, a great landlord and a location convenient to both Penn and Grand Central stations,” Hoffman said in a statement. “We are confident Surdna’s new location will deliver a higher standard of functionality for their in-demand services.”

With the Surdna lease, the 26-story, 750,000-square-foot 200 Madison Avenue is over 99 percent leased, according to Peter S. Duncan, the president and chief executive officer of George Comfort & Sons.

“We are pleased to welcome the Surdna Foundation to 200 Madison’s elite tenant roster,” he said in the release.