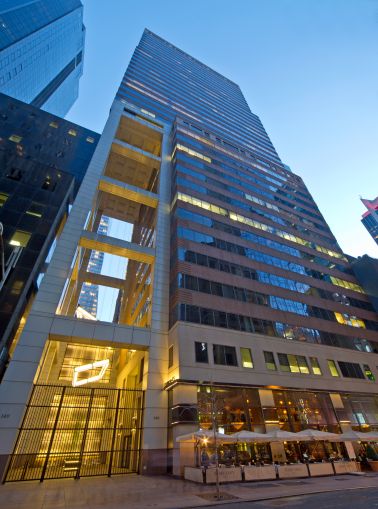 Software developer Schrödinger has signed a 26,000-square-foot deal at Kamber Management Company’s 120 West 45th Street, to expand its footprint in the building to 63,000 square feet, Commercial Observer has learned.

The company, which provides software products for life sciences companies, will occupy the entire 21st and 22nd floors of the 40-story property between Avenue of the Americas and Seventh Avenue, which is also known as Tower 45. The asking rent in the three-year deal was $82 per square foot.

Mitti Liebersohn of Avison Young represented the landlord in the transaction alongside Steven Levy of Kamber Management in-house.

“We are very pleased to lease this space to Schrödinger at Tower 45, demonstrating our continued commitment and relationships with tenants who have shown great confidence in this building,” Levy, a managing principal of Kamber Management, said in a prepared statement.

Cushman & Wakefield’s Peter Van Duyne brokered the deal for Schrödinger, which has other U.S. offices in Massachusetts, Oregon and California, as well as internationally in Germany, India, Japan, the United Kingdom and China. Van Duyne did not immediately respond to a request for comment via a spokesman.

Kamber Management acquired Tower 45 for $365 million from SL Green Realty Corp. in September 2015, as CO previously reported. Kamber Management has invested $20 million to renovate the 458,446-square-foot tower, including redesigning common areas, the atrium and the lobby.