Another High-End Retailer to Call the Crown Building Home [Updated] 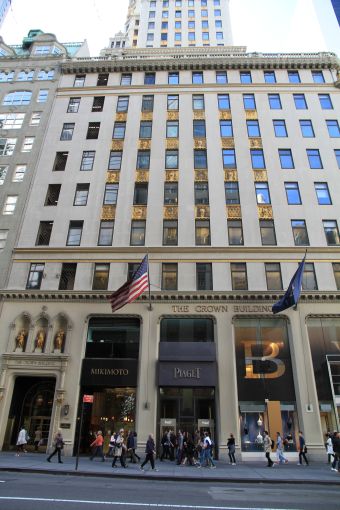 It looks like Bulgari is getting a new neighbor on Billionaires’ Row.

The Milan-based retailer’s chief executive, Ermenegildo Zegna (great grandson of the firm’s founder), struck the deal with Wharton Properties’ Jeff Sutton himself, securing a duplex on the West 57th Street side of the building for a new flagship store, according to the Post. The asking rent for the space was roughly $4,000 per square foot, totaling $150 million over the lease term.

The family-run fashion enterprise will have 1,500 square feet of ground-floor space and 7,500 square feet on the second floor. It was not immediately clear when Ermenegildo Zegna would open its doors.

Shortly after Mr. Sutton and Sandeep Mathrani’s General Growth Properties scooped up the iconic New York building in April 2015 for $1.78 billion, Bulgari negotiated a new lease with a record asking rent of $5,500 per square foot.

In Manhattan, Ermenegildo Zegna has stores at 663 Fifth Avenue between East 52nd and East 53rd Streets and at Brookfield Place at 200 Vesey Street.

A spokesman for Ermenegildo Zegna was not immediately available.

Update: This story has been edited to include the asking rent of the Zegna lease.