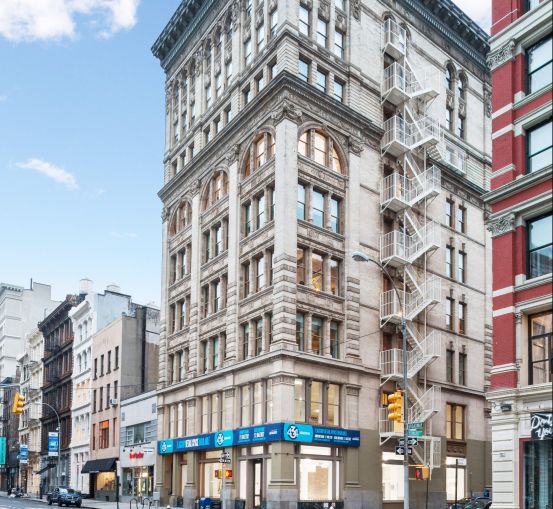 Elysium Health, a consumer health company, has signed a 7,205-square-foot lease at Savanna’s nine-story office and retail building at 434 Broadway in Soho, Commercial Observer has learned.

The company, which develops Basis “anti-aging” pill among other dietary supplements, signed an eight-year deal and it will occupy the entire second floor of the building. The asking rent was $75 per square foot, according to a Savanna spokesman.

Rob Wizenberg of CBRE represented Elysium Health in the deal. A spokeswoman for CBRE said Wizenberg declined to comment on the deal.

Elysium Health is relocating in the summer from 594 Broadway between East Houston and Prince Street, another address in Soho. A spokeswoman for Elysium Health declined to comment on the deal.

Mitchell Konsker, Kip Orban and Benjamin Bass of JLL brokered the deal on behalf of Savanna. The JLL brokers declined to comment via a spokesman.

Atlas Capital Group bought the building in November 2013 for $62 million, according to property records. The landlord then “sold his contract to Savanna for a higher price,” according to The Real Deal.

Since then Savanna has spent approximately $7 million revitalizing the property, including renovating the lobby, façade, windows and roof. As a result of the Elysium Health transaction and another recent deal where post-production company Modern Post inked a deal for 7,230 square feet, the 65,000-square-foot building is now 100 percent occupied.

“Our investments in the property created modern, efficient space within the historic

building envelope of 434 Broadway,” Brian Reiver, the director of leasing at Savanna, said in a statement. “These two most recent transactions highlight the appeal of the repositioned building for a variety of users.”