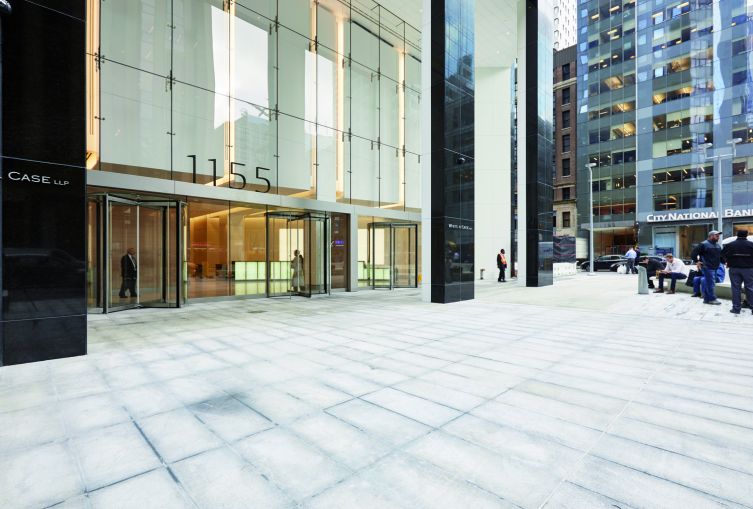 Cornell University decided last fall that it would move its Office of University Investments from Ithaca to New York City by late 2017. As of a couple of weeks ago, the school found a space at the Durst Organization’s 1155 Avenue of the Americas, Commercial Observer has learned.

The university has signed a 10-year lease for 9,700 square feet on part of the 18th floor of the tower between West 44th and West 45th Streets, according to Durst’s Rocco Romeo, who represented the landlord in-house in the deal. The asking rent, he said, was $90 per square foot.

Cornell is exactly the type of tenant that Durst is looking for at the Midtown property—a boutique financial or professional services firm that “wants a larger presence” than they could get in a larger building, Romeo said.

A spokesman for Cornell declined to comment, but pointed CO to a story in the Cornell Chronicle, which he said “explains the move.”

According to the school newspaper, the decision to relocate the office, which manages Cornell’s $6.1 billion investment portfolio, from Ithaca to New York City was made last September, in order to attract better talent.

“The Investment Committee believes over the long term the relocation to New York City gives us even better access to potential staff who might not be willing to move to Ithaca,” Joanne DeStefano, Cornell’s executive vice president and chief financial officer, told the Cornell Chronicle. “We’ve had great staff hires, but this move will expand the population of potential candidates. And it puts us closer to the world capital markets.”

Cornell’s Office of University Investments will move in in September, taking a fraction of the 300,000 square feet over 32 floors that global law firm White & Case occupied in the building. (The law firm has essentially moved out, but its lease expires on May 31.)

That leaves the building 40 percent occupied with tenants like The Wall Street Journal, Verizon, Principal Financial Group and Durst, and the landlord is working on a $100 million-plus rehabilitation. That includes tacking on a 42nd floor (with 9,000 square feet of offices plus an outdoor terrace), and bringing the building to 745,000 square feet, Romeo indicated, plus revamping the lobbies and elevators.

On the retail front, finance firm TD Ameritrade signed a 5,227-square-foot deal at the property, as CO previously reported. That leaves about 6,000 square feet of retail available for lease.